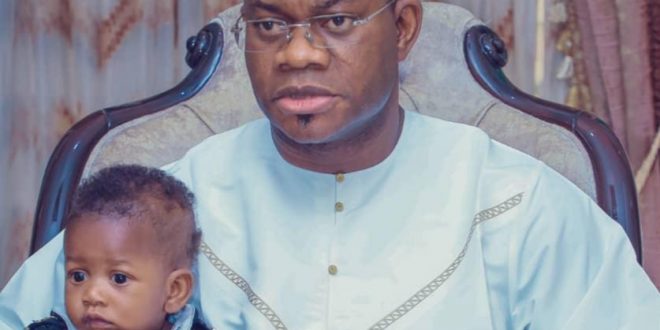 Following the death of police aide, Inspector Aminu Salihu, an escort outrider who died on Monday 15th in an auto crash while on duty, Kogi state Governor, Yahaya Bello on Saturday meet with the family of the late outrider in Abuja.

The Governor in an emotional laden voice described the death of Aminu as a personal huge loss, not just to his family, friends but to the nation. 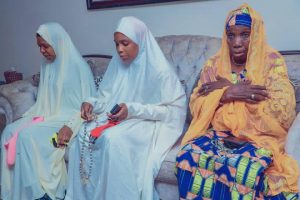 According to Governor Bello ,Inspector Aminu’s death came when the nation needs him most, describing him as a gentleman, diligent and highly professional.

He explained that late Aminu brought finesse and dexterity to policing as vacuum created by him will be difficult to fill.

Governor Bello while condoling with the deceased two wives, five children and mother in Abuja, made cash donations to the family, a promise of two houses to be delivered to the family in Kubwa area where they reside and scholarships to the children left behind by late Inspector Aminu.

In her response, on behalf of the family the  First wife Martha Ode Aminu thanked the governor for identifying and standing by them at their grieving moments. 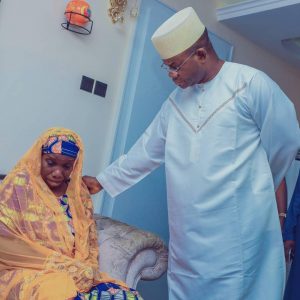 Mrs Aminu who was full of emotion said that their late husband had always described the governor as his source of light, noting that the governor has proven that to them at their trying moment.

While Thanking the Governor for the Condolences, the deceased family prayed Allah to continue to guide and protect him.

If you can  recall that late Inspector Aminu Salifu was the nation’s best and most celebrated outrider for many years until his death.