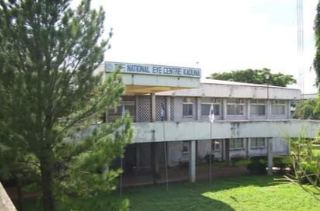 The chief magistrate Court 1, Daura road Kaduna, has adjourned hearing on the case of illegal sale of land belonging to the National Eye Centre Kaduna, to the 25th of January, 2021.
Announcing the adjournment, Magistrate Bashir shittu Yusuf said the decision followed the filing of a notice of preliminary objection by the third defendant challenging the case.
In an interview with newsmen counsel to the plaintiff, Barrister Emmanuel Ochum gave an update on the hearing.

“the National Eye Centre dragged 12people including 2 registered companies to court four trespassing on the land. Some were building and some selling off the properties to other people
and this went on for a long time.

“so they were sued for criminal conspiracy and unlawful trespassing.The court adjourned the ruling because of a preliminary notice filed by the defence council.” Ochum added.

Also speaking, legal representative to the defendants, Barrister Abubakar A. Muhammed spoke on the outcome of the hearing saying he is confident that justice will be served.

A total of 14 people including 2 registered companies have been dragged to court for unlawfully trespassing on the land belonging to the National Eye Center, Kaduna.