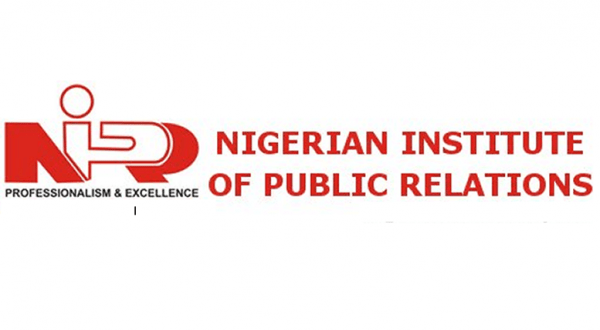 Kaduna NIPR Conducts Orientation, Documentation Of New Members, Also Get Approval To Run A PR Study Centre
By Our Reporter In Kaduna.
The Nigerian Institute of Public Relations (NIPR) Kaduna State Chapter has successfully conducted yet another Orientation and Documentation of newly inducted members of the Chapter on Friday, 19th February, 2021.
The exercised was organized as the next step of an Induction process of admission of new members which will provide and avail opportunities to the new members to interact and socialized with other members, understand their basic obligations, responsibilities, right and privileges as professional members of the Institute.
Welcoming the new members, the Chapter Chairman Alhaji Bashir Chedi, called on the newly inducted members who are mainly from the Air force Institute of Technology (AFIT) Kaduna; to maintain higher professional ethics, practice and standard and enjoyed them to serve as examples for the achievement of excellence in their respective organizations.
Malam Chedi further urged the new members to see their memberships as an opportunity to add value to their work place as the institute will continue to provide avenues for their continued training and retraining on various aspects of Public Relations rather than to collect their certificate as a meal ticket and fail to actively participate in the institute professional capacity development activities.
On non active participation in the Chapter’s activities by some members, the chairman warned and cautioned that the Chapter will no longer tolerate that and would work in conjunction with the National body soon to embark on measures that would see eventual delisting of defaulting members who abscond and fail to attend or participate in the Chapter’s activities.
Furthermore, He called on the members to be alive with the responsibilities as the current leadership at both the state and national levels are more committed to ensure members receive tangible benefits and value for being members of the institute, through continuous training programs and cross vitalization of ideas and experience from tested hands in the industry both locally and internationally.
“As part of capacity building for the new members a lecture was organized and was delivered by an entrepreneur and social investment expert, Alhaji Moshood Lawal of the Office of the Senior Special Assistant to the President on (SDGs OSSAP-SDGs). The titled of the paper was “Entrepreneurship Skill Development, tool for Strengthening Public Relations Management in Nigeria.”
” The paper gave an insight on public relations and entrepreneurship as key and essential components for strengthening organizational strategies and success factors for growth and development.” He said
In a related development, the national body of the NIPR has granted approval for the chapter to run an NIPR accredited Study Centre in Kaduna. The chapter will be responsible for the coordination and facilitation of the program.
The Chapter Chairman Alhaji Bashir Chedi, disclosed this during the Orientation of the new members, he said “Kaduna chapter was among the six other approved centers across the country and would support and provide services to other states in the north without the hassle of traveling long distances.”
“This is a big opportunity for many Public Relations and information officers in the north who are practicing without the necessary qualifications and approval of the institute and also for the teeming northern youths  who wish to become professional in the area of Public Relations to use this golden opportunity of the Study Centre in Kaduna and acquire NIPR Professional Certificate and Diploma which will qualify them for NIPR Membership and a direct admission into the University of their choice”. According to him
Commenting on their Orientation, Flt Lt. Fredrick Omaga of the Air Force Institute of Technology (AFIT) on behalf of other new members thanked the Kaduna Chapter for the befitting Orientation program and also said they have started learning new aspects of Public Relations from the paper presented and different examples of dealing with crisis communication in work place.
The new Kaduna Study Center located in the Chapter Secretariat would be coordinated by Mal Balarabe Sa’id, a Mass Communication Scholar from Kaduna Polytechnic and other academicians from Ahmadu Bello University Zaria (ABU), Kaduna State University (KASU) and Professional Colleagues from the chapter.
Share