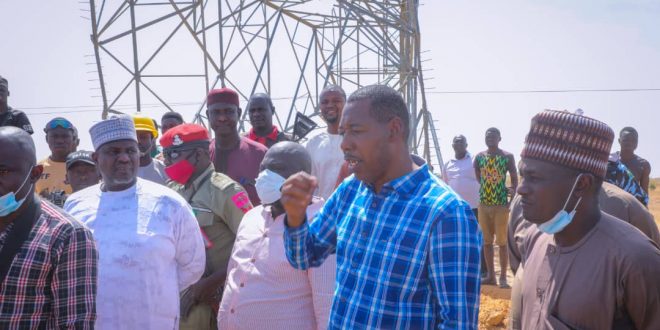 The site is along Maiduguri-Damaturu highway. 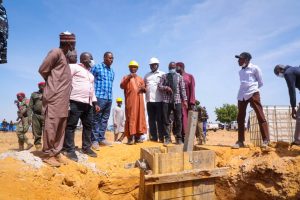 The Governor’s visit was to support the Transmission Company of Nigeria (TCN) and Yola Electricity Distribution Company (YEDC) to restore electricity to the state capital and its environs.

The recent attack on the transmission line was the third by the insurgents that threw the entire city into darkness.

The blackout which lasted for more than one week has grounded many businesses that rely on electricity to operate. 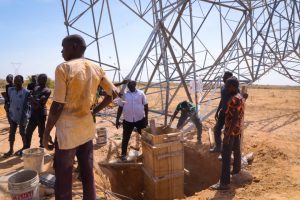 On the Governor’s visit to the site, Engrs. from the Transmission Company of Nigeria supported by the officials from the state ministry of Housing and Energy have been working tirelessly to restore electricity to Maiduguri.

The Governor explained that a temporary measure will be put in place to restore electricity to Maiduguri while Government will collaborate with the Transmission Company of Nigeria (TCN) for a permanent solution.

“You have seen the level of destruction, they used IED bomb to destroy the tower. We are here to see things for ourselves, insha Allah we will fast track the process of rehabilitating the damaged structures.” Zulum said.