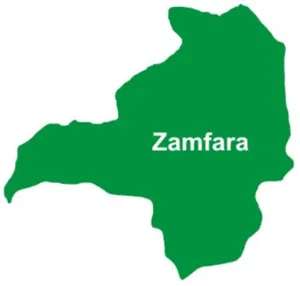 The Zamfara State Police Command in Collaboration with the military have commenced a joint search and rescue operations with a view to rescuing the 317 students kidnapped by the armed bandits in Government Girls Science Secondary School Jangebe in Talata Mafara LGA on 26th February 2021 at about 0100 hours.

In a statement Signed by SP Mohammed Shehu ANIPR, PPRO, to the Commissioner of Police,
Zamfara State Command revealed that.

The Commissioner of Police CP Abutu Yaro fdc, the Force Commander Operations Hadarin Daji, Major General Aminu Bande, Brigade Commander 1 Brigade, Nigeria Army Gusau and other state government officials led a heavily armed Re – enforcement team to Jangebe to complement the ongoing rescue operation in the locations where the students were believed to be taken to.

The CP while interfacing with the Principal of the school and the parents appealed to them to be calm as joint efforts of the Police and other security agencies will assurely led to the successful rescue of the students.