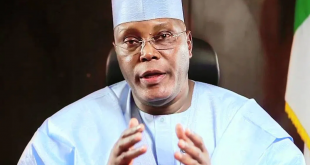 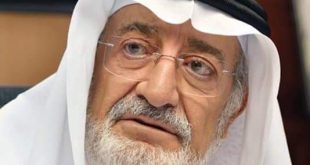 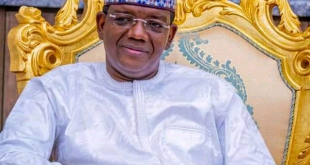 The Senator representing Southern Kaduna Senatorial District in the Red Chambers of the National Assembly, Sen. (Dr) Chief Danjuma T Laah, has call on the people of southern Kaduna to live in peace with one another irrespective of tribe, religion and other social variations.

Speaking at a Sallah Dinner reception organized by the muslim members of Majalisar Falke Oil in Kafanchan for their Christian members Thursday at Wonderland Hotel, Kafanchan, the Senator, who is the Grand patron of the group expressed satisfaction over the rekindling of relationship between the Christians and Muslims in the area.

He further confirmed that such mutual camaraderie will go along way in promoting the desired peace the area is wishing to enjoy.

He assured the gathering of his commitment to see peace and unity being displayed among members of the Constituency. He lamented over the incessant attacks on the good and peace loving people of the area and established that when the Christians and Muslims in the area are living in peace and have peaceful understanding, no outsider of any kind will gain access to the area.

He encourages all groups, communities to emulate what the Majalisar Falke Oil is doing in their attempt to promote peaceful understanding across all forms of social divides.

He promised to support the group in the realization of her dream, he further encourages them to expand and extend such gesture to all the eight LGAs in the Constituency as he promised his support.

According to them, when around the 70s and 80s that people were living in peace with one another, it was as a result of such activities where people sees themselves as brothers not as Muslims / Christians.

They assured the gathering that with such activities coming back now the area will regain it’s lost glory.

Speaking earlier in his welcome address, the leader of the group, Alh. Ali Fadi thanked everyone for attending the August event in June, noting that, the main target of the group is to preach peace and unity among southern Kaduna people.

Ali added that soon after the corona lockdown, the group will organize an elaborate peace summit for all LGAs that comprises Zone Three in order to ensure that peace and unity is the only key to every community of people that want to develop and stay together.