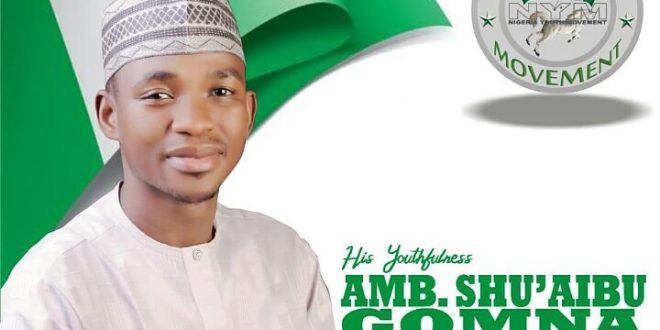 In a statement signed by the Kaduna State Coordinator Amb. Shuaibu S. Coma disclosed that It is a very commendable development the way Sheikh Dr Gumi proceeded with his preaching of the real meaning of Islam (Peace) to our rural communities.

Goma added that as it is widely believed that these communities are the core engines behind the insecurity challenges ravaging northern states as a consequence of ignorance and illiteracy.

He said “Bandits and Kidnappers have obviously created a sense of fear and it seems the security agents and those at the helm affairs have become rather incapable of handling them.”

Amb. Goma explain that the efforts are worthy of commendations and should be encouraged by the government looking at the notorious and dangerous forests he keeps footing in, all in the efforts of sustaining peace across the Northern region.

According to him, Peace is a basic tool of economic, social and political development, hence must be maintained and encouraged not only by the government but all.”

“The Federal Government as the overall helm of Governance affairs whose number one priority is to protect lives and properties of the citizens should see the need to intervene in the course of the mission of this prominent Islamic scholar.

“The Northern Governor’s Forum also should deeply look into ways of curtailing the hydra headed monster either politically or diplomatically by entering into dialogue with the bandits and kidnappers and setting up redress systems by providing dividends of democracy in their rural areas, providing basic amenities for them such as Education, Healthcare, job opportunities and security. The forum of Ulamas should also key in by joining the course of the mission in various states.” He says.

NYMIP seek Traditional Institutions such as emirates, chiefdoms and other relevant government Authorities/Officials as intensive and integral keys to security development in the communities to utilize their usual spirit of commitments towards ensuring peace and unity in their communities, and urged they should assist the government in identifying the fundamental obstacles within their communities in due time for that will also curb the enablers of insecurity challenges.

Finally, Amb. Shuaibu Goma on behalf of the Nigeria Youth Movement In Politics Kaduna State Chapter, called on Kaduna youths as the posterity of the beloved state to shy away from every act of misdeed, and urged them to remain focus and hardworking towards ensuring a better and qualitative future for themselves, their family, the state and the nation.

While pray for Almighty’s guidance upon our selves and our leaders, that may He continue to protect and guide us to the right path.