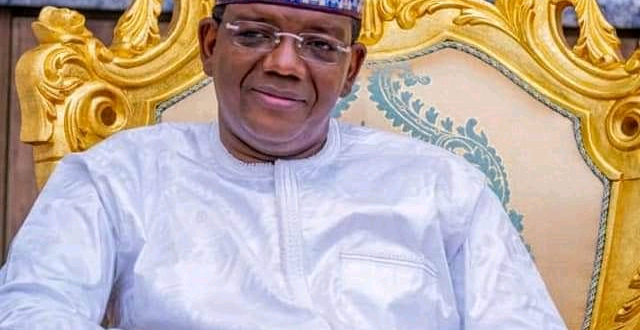 The entire nation woke up to the sad news of the Kidnap of 317 school girls in Zamfara secondary school and the consequent attempts to undermine the laudable and credible effort of His Excellency, Rt Hon Mohammed Matawalle, the Executive Governor of Zamfara state to address the challenges of insecurity in the state.

The innocent school girls of Government Girls Secondary School, Jangebe in Talata Mafara Local Government Area of Zamfara state was horrendously abducted by armed bandits at the dead of the night and taken to an unknow destination.

Coming at the time when His Excellency, Rt Hon Bello Mohammed Matawalle is recording outstanding gains in efforts to address insecurity and underdevelopment, is unfortunate and condemnable.

The increasing tendency and sordid trends of bandit attacks on soft targets and educational institutions across the nation and of late in our dear state, must be given topmost priority in national policy formulation and security agents operational engagement, so as to prevent a rippling effect of such duplication, by criminals or bandits.

The effect of such misadventures by the bandits on national development and credible efforts to reposition Zamfara state for speedy development of its education is far reaching; it will reverse the sustainable development efforts, deepened illiteracy, promote more out of school children, increase distaste for the acquisition of western education and ultimately widen the window of poverty and ignorance in Zamfara state.

The sad abduction is a gross violation of the rights of the children and a deep trauma that may last for a life time, if not negatively impacted on their psyche or personality.

We commend the prompt response of the security agencies and other stakeholders in the ongoing rescue operation and urge for more interagency synergy to speedily rescue of the students.

We commend the prompt response of His Excellency, Hon Bello Mohammed Matawalle, for closing down all boarding schools in the state, to prevent further reoccurrence and assuaging the angers of the citizens over the nauseating incident.

We also commend him for his untiring efforts to secure the lives and properties of the citizen of the state.
Much of the funds that could have been used to develop the state is being competed for the needless security and monster of banditry that had held our dear state on the jugular, destroying her innocence and her strategic agricultural advantage.

No doubt Governor Bello Matawalle has recorded a lot of successes in the ongoing fight against banditry, particularly of note is the recovery of lethal weapons and decimation of many of such notorious bandits, and the disruptions of their regrouping in a carrot and stick approaches.

The successes in the recovery of weapon are in the public domain.

The call for the engagement of dialogue to solve the issues of militancy and banditry is certainly not new as it has been successfully used in places like Afghanistan, Pakistan and even in the Niger Delta area of Nigeria, where many repentant militants were rehabilitated and given support to reintegrate to the society.

We urge the federal government to also explore the full option of dialogue so as to completely address the lingering issues of banditry in Zamfara and militancy across the nation.

We call on the Federal government to up her policy response and engagement to deal decisively with these heartless and notorious bandits, once and for all.

We call on the federal government to further boost its support and partnership with Zamfara state to mitigate insecurity by increasing the security level of our schools and restore the state to her pride of place in food and solid mineral production.

Similarly, we urge all Nigerians to continue to support us in prayers and needful intelligence that will turn the tide against banditry in Zamfara state and the entire nation.