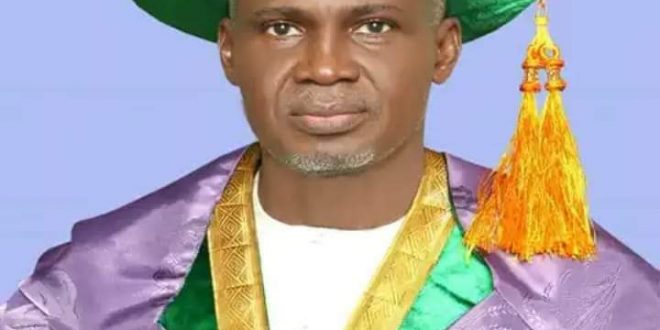 Professor Lawal Bilbis, the Vice Chancellor of the Usmanu Danfodiyo University, Sokoto, says the fire that gutted the Block ” M”, Nana Asma’u female Hostel at the Main Campus , in Sokoto, on February 1,2021, has resulted in the razing of N 214,000, cash, nine Computers and twenty six Phones, all belonging to the fifty five affected students.

Similarly, Bilbis said that, seven of them had lost their credentials, fifty five had lost their mattresses, while assorted food stuffs, clothing materials, as well as other items, were also burnt down by the blaze.

According to the Vice Chancellor, the entire hostel structures, a one -storey building, had completely been burnt down and needs to be rehabilitated.

Bilbis, who gave an update on the fire disaster in Sokoto, on Wednesday,when he addressed newsmen, also stated that, these statistics were part of the Report of the seven Committee he set up ,to investigate the immediate and remote causes of the inferno.

He added:” The Committee had since tunred in it’s Report and it has made some recommendations that are being implemented.”

According to him, it was found out, the blaze was caused by the explosion of eight gas cylinders. The use of gas cylinders and other electrical appliances like electric stoves and water heaters, is banned in the hostels.

” That was why, authorities of the University had so far seized no fewer than fifty gas cylinders from across its campuses, while many of the students had voluntarily surrendered theirs, ” he averred.

Bilbis however expressed delight that, there was no loss of life that was recorded as a result of the fire disaster, as only few students were injured.

He further disclosed that, all the affected students had been reallocated with accomodation slots and they had since fully resumed their studies.

Efforts were also being made to get the required Fire Service and Police Reports, with a view to assisting those Students who had lost their credentials.

Bilbis also disclosed plans by the management of the Institution to extend support to the victims of the inferno.

He commended the Sokoto State Zakkat and Endowment Commission , for donating fourty eight mattresses and wrappers, as well as N 5,000 ( five thousand naira), to each of the affected students.

Bilbis said : ” The Federal Ministry of Education has also promised to asisst in this direction and we must therefore commend it.

” Our doors however remain open to receive more assistance to the victims , as they had lost everything in the inferno.

” The entire hostel structures had also been completely razed down and they must be given a total facelift .”