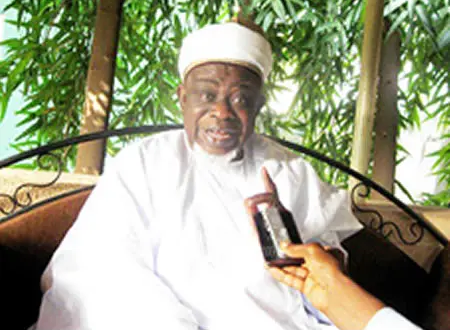 Security agencies have reported several notable incidences across the State within the last 48 hours.

According to the reports, on Monday 15th March 2021, at about 4:30PM, the official vehicle of the Emir of Birnin Gwari was shot at by bandits around the Zonkoro axis of the Kaduna-Birnin Gwari road, within Chikun local government area.

Only the driver, Umar Jibrin, and an orderly, Inspector Sani Yahaya, were in the vehicle, on their way to Kaduna. The Emir was in Kaduna at the time of the attack.

No life was lost, and the Emirate Council relayed details of the incident to the Kaduna State Government.

Similarly, armed bandits barricaded the Buruku-Mando road, Igabi LGA and opened fire on vehicles plying the road. One Abdullahi Baballe, a resident of Lema area in Mando, was killed.

The two persons were on their way from Bassa Local Government Area in Plateau State, to Marwa village, in Bakin Kogi, Kauru LGA, when they were intercepted by the youths who attempted to lynch them. The timely intervention of the troops prevented this, and the two travelers were duly rescued.

In another incident, troops of Operation Safe Haven apprehended a suspected bandit informant, Muhammad Sani Abubakar, at Apyimbuu village, Zangon Kataf local government area. The suspect has been handed over to the Police for further investigation.

In another development, troops of Operation Thunder Strike neutralized two bandits during a raid at a suspected bandit camp called Rafin Rikamba in Chikun LGA. Other bandits are suspected to have escaped with Gunshot wounds.

A kidnapped truck driver escaped from the bandits during the raid.

Furthermore, Police personnel intercepted two suspects, Abdullahi Samaila and Adamu Samaila, brothers, from Toro, Bauchi State, along the Kaduna-Saminaka road with 150 rounds of 7.62mm ammunition concealed in the door of their vehicle.

The suspects confessed to supplying ammunition to three previously arrested suspects, Marcus Danladi, Danjuma Dachi and Ibrahim Haruna (arrested in late February) from Plateau State for onward supply to one Usman aka Gurgu in Kaduna State.

The trio were arrested with 1,565 rounds of ammunition on February 28th. Following that, one Suleiman Tukur and his son, Shuaibu Suleiman, were arrested in Karahi as part of the same syndicate. They were in possession of 231 rounds.

The most recently arrested suspects attempted to escape, and in the process, Adamu Samaila was fatally wounded and was confirmed dead in hospital. Abdullahi Samaila was injured on his right leg.

Efforts to arrest other members of the gang are ongoing.

Governor Nasir El-Rufai received the reports with thanks, and extended his sympathy to the Emir of Birnin Gwari over the attack on his vehicle. He also sent condolences to the families of those killed by bandits, and prayed for the repose of the victims’ souls.

Furthermore, the Governor commended troops and personnel for the successful arrests of suspects and gun runners, as well as the engagement of bandits in clearance operations.