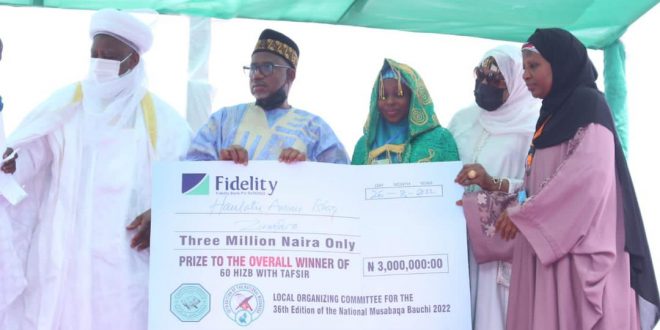 Governor Bala Abdulkadir Mohammed of Bauchi state on Saturday announced a scholarship to a 5-year old Amina Idris Mohammed from Cross Rivers State, the most youngest participants of the just concluded 36th National Qur’anic Recitation Competition conducted in the state.

The governor who announced the scholarship at the closing ceremony of the competition held at Abubakar Tafawa Balewa Stadium, Bauchi, explained that, the gesture was in recognition of her outstanding performance in the recitation of the holy Qur’an.

Governor Bala Mohammed said it was a great opportunity for his administration to host memorizers and reciters of the glorious Qur’an in Bauchi and as Muslims it is our believe that, the Qur’an is the most sacred Book of Allah on earth which is divinely protected against all forms of distortion and manipulations. 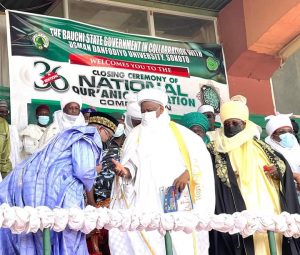 He said the National Qur’anic Recitation Competition should not only be seen as an opportunity to win prizes by the contestants, adding that, in addition to memorizing and correctly reciting the Holy Qur’an, it is necessary to comprehend the various verses in the holy book and put them into practice as enjoined by Allah (SWT).

“The last nine days of this competition could be described as a period of showcasing spiritual and intellectual capabilities and excellence by the contestants. There is no gainsaying the fact that the Glorious Qur’an remains the only Book that has been memorized completely by millions of people across the World.

“I want to once again note with appreciation that since the inception of the National Qur’anic Recitation Competition in 1985, this is the 3rd time that Bauchi State is hosting the event, and it is happening during my stewardship. The ability to memorize and recite the holy Qur’an alone without practicing what is said in the holy book is an anathema to the Islamic religion.”

The governor used the opportunity to call on religious and community leaders as well as to ensure proper upbringing of younger generation for a better future as society requires serious moral re-orientation.

“On our part as leader, we must lead with fear of God and by example, we cannot afford to ask our followers to be of good conduct while our conducts point to the contrary and on the numerous challenges facing our country, we must intensity prayers to God at all times to have mercy on us and save us from imminent destruction.” 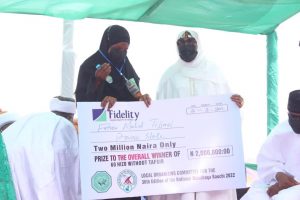 In a key note address, the Sultan of Sokoto, Alhaji Muhammad Sa’ad Abubakar called on Islamic leaders and researchers to come up with an idea that will advance the conduct of Qur’anic recitation competition for the promotion of the religion and for peaceful coexistence in the society.

“This is an important occasion that we should be supporting it for the benefit of younger generation because the importance of reciting and reading the Holy Qur’an cannot be over emphasized, hence the need for all of us to contribute to its sustenance.”