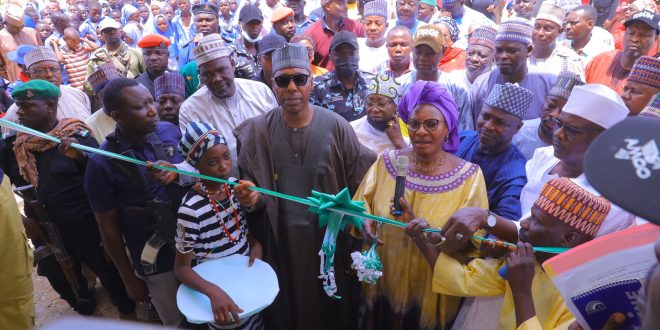 Minister of Women Affairs, Pauline Tallen, was today, (Monday), in Chibok, on the invitation of Borno State Governor, Professor Babagana Umara Zulum, where she commissioned Government Secondary School, Chibok, where over 200 schoolgirls were abducted by Boko Haram on April 14, 2014.

The school was rehabilitated when Zulum gave approval on November 16, 2020, during an assessment visit to the School. 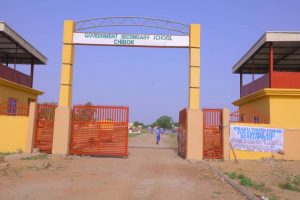 The remodeled school was equipped with classrooms and desks, a computer room, laboratory, among other facilities, while books were presented and a security team being put in place.

GSS, Chibok, was vandalized after Boko Haram attacked the school at night in 2014, destroyed infrastructures and abducted over 200 boarding schoolgirls who were writing Senior Secondary Certificate Examinations organized by the West African Examination Council, WAEC.

Since the attack, the school had remained closed while academic activities were taking place at a primary school in Chibok town since 2014.

Zulum offered support to parents of the schoolgirls affected by the 2014 abduction, as he had previously done at different times. 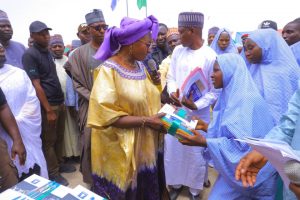 Zulum noted that resettlement efforts were being made possible because of some gains recorded by the federal government in the ongoing peace restoration efforts which, he said, was reaffirmed in President Muhammadu Buhari’s choice of an Army Chief from the military’s theatre of operations in Borno State.