Breaking News
Home / News / *PAPER ON PROSPERITY, REFLECTIONS AND UNITY OF PURPOSE::; PATRIOTISM TO ONE NATION, ONE DESTINY – NIGERIA* 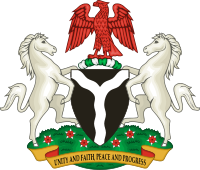 In this regard, NIGERIA as a Nation is INDIVISIBLE and there are No congent Reasons for any RESTRUCTURING AGENDA as our country has already been Regionalized into *six (6)* Regions. We should encourage Regional Commnities Development, which will in the overall end bring up Appropriate Leadership to d People Respectively.

Nigeria as a Nation is a great country in Africa. Life and Times of our great leaders of this Wonderful Nation from Independence to date have displayed High Level of Loyalty and Patriotism within their Strength and Mental Capabilities/Leadership Trends.

It is a reality of life that after the *1967 – 1970* Civil War which was declared “No Victor No Vanquish”. D Prevaling Situations immediately gave birth to Inter Marriages across Ethnicity, Tribes, Traditions and Religious differences. As at today, it is most difficult to physically look on the face of a Nigerian and prove his Ethnic or Religious background.

Furthermore, the Military as an Institution with best Management Structure & Stood firm their grounds on the Unity & Faith! Peace & Progress of d Nation. Armed Forces & Security Agencies had No any room for Ethnicity, Tribe or Religious differences but strictly Military Training to Defend the Territorial Untegrity of d Nation and support other Ciuntries where very necessary. Therefore, Nigeria’s Unity is SACROSANT, take it or leave it.

Today, for those of us that are privy to be alive & have learnt to sone extent how Democracy and its types of representatives are throwing the Nation into it’s Most Difficult Times of existence. D Campaign Strategies with Conspiracy Theories by some of our Polical Class & Representatives in d “Three (3) Arms of Government Structure has set us (d People/Electorate at each others Throats to achiech d Principles of “Divide & Rule” System of Manipulating us. So Painful.

D Roots of Education System in Nigeria’s much earlier especially where Boarding Schools existed and different people from all nooks and crannies brought their Offsprings together gave grate Foundations of Unity & Tertiary Institutions where Nigeria’s famous Universities have brought the people of Nigeria including Foreigners to Learn, supported to great extent the  Unification of the  Nation.

The political class needs to re-strategize their system of aspiring into Offices with clear consciousness of people oriented programs.

Every Political Party has its own ideology in line with its Manifestoes which must be a Termplate of every Political Party & adhered to Strictly to avoid jumping fron one Political Party to another. This has been emphasized upon severally by the great Bridge Builder of Politics of our Times “late Gen. Shehu Musa Yar’Adua rtd & Tafidan Katsina who placed on record “No North, No South, No West and No East but One Nigeria” which he Fought through Battles at d East to Unit”.

It is a Fact “Every Learder has his/her Style of Leadership Trent” but most Important to d Citizens are Positive Impacted People Oriented Results”.

Today, any person at the age of 50 and above knows the reality on the ground for this Nation unless otherwise we take advantage of the innocent electorates and divert their attention through other means to get to the top of a Political Office.

The people are getting wiser by the day and soon it will be more difficult to convince the smallest Wards/Communities by an intending aspirant for their votes. Let us Learn from d Mistakes of d Paste Leaderships, encourage d Fast Growing Youth to Proper Patriotism & Unity of Purpose to Safe our Nation from all Forms of Agitations, Banditry, Kidnappings, Insurgencies & Impunity of Corruptions.

*A word is enough for the wise!*

Previous BANDITRY: APC CHIEFTAIN INDICTS YARI, MARAFA OVER ESCALATING INSECURITY IN ZAMFARA
Next Unions in the aviation industry have issued a notice of strike at the Kaduna airport from next week.