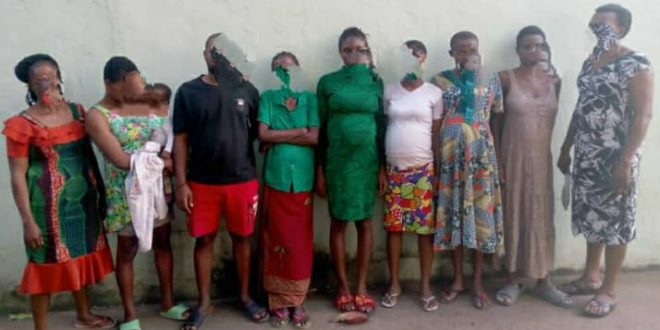 According to him, “On 17/11/2022 at about 1400hrs, Police Detectives attached to Area Command, New Karu, acting based on a tip off, bursted a suspected Baby factory located at Ado-Kasa, Karu local government.

DSP Nansel said preliminary Investigation revealed that the operator of the Orphanage Home abducted under-aged pregnant girls, hold them hostage till they give birth and sell their children to the highest bidder.

He said, further Investigation also revealed that the Orphanage home was not registered.

The spokesperson said that the suspects and Victims have been handed over to National Agency for the Prosecution of Trafficking in Persons (NAPTIP) for further investigation and prosecution.

The Commissioner of Police, CP Maiyaki Muhammed Baba therefore warn all criminals and those who may be nursing ambitions that are inimical to the safety of the State to desist from such act as the Police will not relent in mobilizing all resources at its disposal to confront and render their operations fruitless.

He further urged parents/guidance to take proper care of their children and also appeal to members of the public to continue to avail the Police with credible information that will assist in taming the aggression of criminals in the state.