Breaking News
Home / News / PRP COLLAPSES COMPLETELY IN SOKOTO AS ALL ITS LEADERS DECAMP TO APC:- 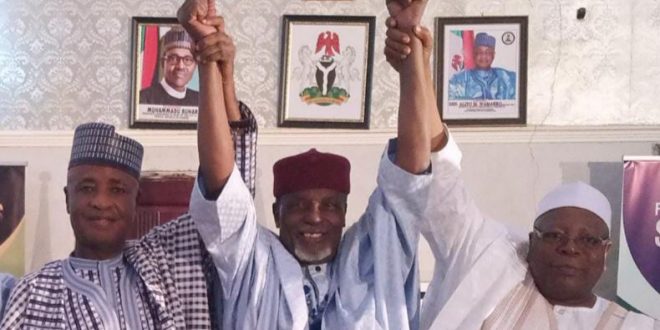 PRP COLLAPSES COMPLETELY IN SOKOTO AS ALL ITS LEADERS DECAMP TO APC:-

Leadership of the People’s Redemption Party( PRP) in Sokoto State under its gubernatorial candidate, Hon.Sa’idu Muhammad Gumburawa has defected from the party to the All Progressives Congress (APC).

In a statement Signed by Bashar Abubakar
S.A Media to Senator Aliyu Magatakarda Wamakko and made available to newsmen revealed tha

Among the defectors were all the three Senatorial Candidates for Sokoto Central District, Alh.Garzali Abdullahi, Alh.Bello Isah Holai for Sokoto East Senatorial District and that of Sokoto South Senatorial candidate, respectively.

Also defected were all the candidates for the House of Representatives, State House of Assembly and party’s officials from state to local governments.

Leader of the party, who was also the gubernatorial flagbearer in the state, Hon. Sa’idu Muhammad Gumburawa informed APC leader, Senator Aliyu Magatakarda Wamakko that they decided to dump their former party in order to contribute their quota towards ensuring the victory of APC come 2023 elections in the state.

He further explained that considering the situation the people of the state found themselves under PDP-led-government, they came to APC to team up with its leaders and win the elections squarely so that the state will come back to its lost glory like during the administration of the former Governor Aliyu Magatakarda Wamakko.

He expressed happiness by his coming to APC and described APC as a party for all those who want to Sokoto state developed.

Senator Wamakko assured Hon. Gumburawa that APC will work with him and all his teeming supporters closely so as to ensure the harmonious working relationship all the time.

Ahmad Aliyu pledged to carry everybody along if given the mandate to govern the state so as to ensure the provision of quality healthcare delivery, educational development, boosting trade and investments , agricultural enhancement, civil servants welfare and other developmental aspects. 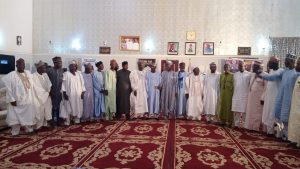 Previous Gov Buni Bags Taremobowei Chieftaincy Title From Gbaramatu Kingdom In Delta
Next ILLELA LG STOOD STILL FOR AHMAD ALIYU SOKOTO AS THOUSANDS OF APC SUPPORTERS TROOPED OUT TO WELCOME HIM FOR A WEDDING FATIHA: