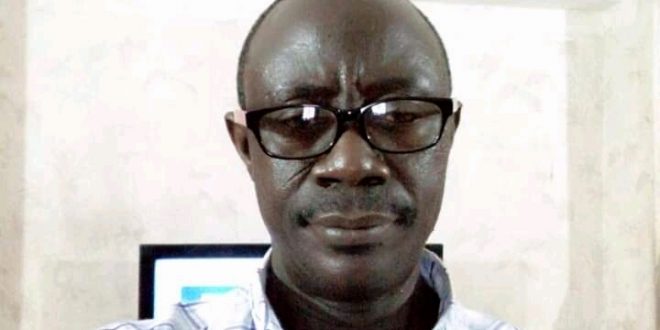 The Tsaunin Kura GRA Residents Association (Sabo GRA), Chikun Local Government Area of Kaduna metropolis has announced the death of the Chairman Zone D of the community, Mr. Emmanuel Tagwai.
A statement signed by the Executive Public Relations Officer (EPRO) of the community, Okpani Jacob Onjewu Dickson, dated Sunday September 18, 2022, said the sad event occured in the early hours of same day.
The statement explained that President General (PG) of the community, Dr. Danjuma Saleh broke the news of Mr. Tagwai’s demise on the executive WhatsApp group of the community.
“On a very sad note, we just lost the Chairman of Zone D @⁨Tagwai Zone D⁩ after a protracted illness.
May his soul rest in perfect peace and may God comfort the entire family and the GRA,” the PG said.
Mr. Emmanuel Tagwai who was 52 years old, works with Catholic JDPC.
“He was a devout Catholic, whose leadership of Zone D in particular, and the entire Sabo GRA saw to various developmental self help projects.
” He will be greatly missed by the community and the Non Governmental Organisation (NGO) community where he worked for several years,” it stated.
According to family sources, his remains would be deposited at St. Gerard’s Catholic Hospital, while burial arrangements are being made.
He is survived by his wife, five children and one grand child.
“May His gentle soul rest in peace,” the statement said.
Share