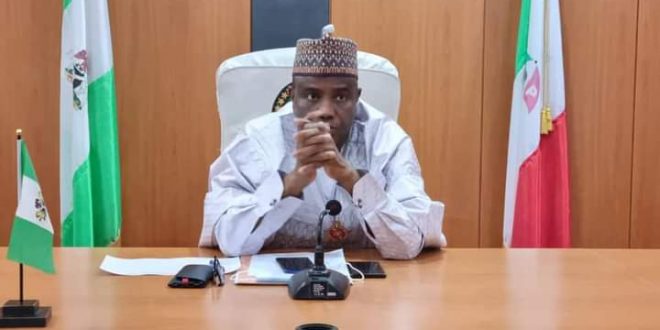 Security chiefs in Sokoto state, comprising heads of the Nigerian Army, Nigerian Air Force, the Nigerian Police, Department of State Security and the Nigerian Security and Civil Defence Corps as well as the Chairmen of Isa and Sabon Birni local government areas had briefed the state Governor, Aminu Waziri Tambuwal on the incident at the Government House, Sokoto, Wednesday, pledging to work with it on modalities to checkmate future occurrences.

“Strategies are on to make sure that this will not happen again,” stated the state Commissioner of Police, Kamaldeen Okunola, who briefed journalists after a closed session with the Governor.

He explained that of the total number of people in the bus which the bandits shot at causing a conflagration, 23 died of fire burns while six sustained minor injuries and are receiving treatment at a hospital.

Three of the victims whose injuries were not so serious were promptly treated and discharged, Okunola said, after the security agencies mobilized to the spot of the attack and immediately mounted a patrol that is still ongoing on the 30 kilometers stretch of road between Gidan Bawa, the attack spot in Sokoto state and Shinkafi town in Zamfara state.

Meanwhile, Sokoto state government has condoled the people of the area on the tragic loss. Gov. Tambuwal prayed for the repose of the souls of the deceased, quick recovery for those hospitalized and other wounded.