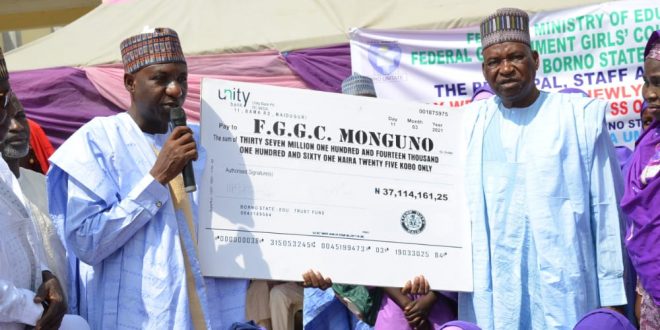 The Federal Government Girls College, Monguno currently operating in Maiduguri on Thursday enrolled 800 out of school girls whose admission was facilitated by Borno State Governor, Prof. Babagana Umara Zulum, before approving full scholarship for them.

The 800 vulnerable girls were drawn from 16 local government areas of the state, most of which are from high risk communities, where access to education have been denied by the ongoing insurgency. 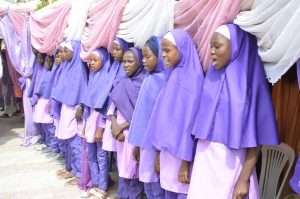 The girls were formally welcomed to FGGC Monguno at a ceremony which had Zulum represented by Maina Yaumi, Executive Secretary of Borno State Education Trust Fund.

Mr Yaumi, called on the students to be dedicated, committed and law abiding and urged them to study hard as government is ready to put all their bills untill graduation.

He added that for first term, the Governor has approved the total sum of N79m for school fees, uniforms, books, mattresses, bags, sandals and other daily needs. Also, in few weeks time, another sum of N80.2m would be paid to the school to cover their second and third term tuition fees. 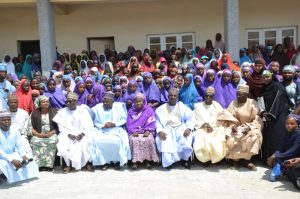 He further assured the people that Governor Zulum is committment towards increaing access to school and uplifting the standard of education in the state.

In her remarks, the principal of the School Aisha Umar Isa Saeed, appreciated the efforts of Governor Zulum and thanked him for providing them with one of the Mega Schools within Maiduguri as their temporary site.

The representative of the Governor Commissioned the school library, which was furnished by the Old Girls Association of the School.