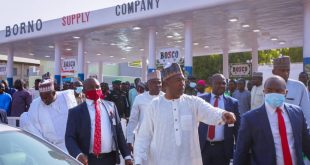 From Our Sokoto Reporter

A Pan-Nigeria Group, The APC Democracy Defenders, has alleged that, the incumbent Member of the House of Representatives,  representing  Gawdabawa and Illela Federal Constituency ( APC-Sokoto), Dr Abdullahi Balarabe Salame , is a stooge of the Peopels Democratic Party ( PDP).

The Group was reacting to recent unsavoury , unpatriotic and uncourteous comments he made against the good persons of the Leader of the party in SokotoState,  Senator Aliyu Magatakarda Wamakko,  his APC colleagues in the National Assembly and other leaders of the party in the State .

Salame had chided Wamakko and others , for not consoling with him on the recent armed banditry attacks on his Sokoto residence , as well as falsely alluded that, the attack was sponsored by those he was castigating .

The National Chairman and National Secretary of the Group, Mr Alloysius Sylvanus and Alhaji  Isyaku Darangi, said in a statement, issued to newsmen on Thursday that, there were credible intelligence and evidences against Salame.

The statement reads in part :” The MP, who was at a time, an acting Governor and Speaker has shown his mediocrity and lack of the requisite wealth of experience .

” The onus lies on him to prove these allegations , beyond reasonable doubts ,or else , he risks prosecution.

” This is therefore a formidable challenge to the various security agencies, to set  machiberies in motion, to interrogate Dr Salame, as mulled by this pro- democracy group .

” He should strive to come out clean , otherwise he should face the music for dragging Wamakko’s and his lieutenants” names into the mud .”

The Group also took a swipe at the lawmaker for doing the biddingsof his paymasters in the PDP , all in the bid to become Sokoto State Governor in 2023.

It further averred that , it has impeccable evidences on the romance of Dr Salame with the PDP leaders in Sokoto State,  especially Governor Aminu Waziri Tambuwal and other topnotchers of the ruling party .

” He was sponsored to cause chaos in the APC , see it to its factionalizatiin, then flee into the PDP.

” This dastardly plan has therefore becomes a still birth and it won’t work . It will not be efficacious, as his surreptious moves had been uncovered .

” All his recent moves to scuttle the on going nationwide Registration and Revalidation exercise of the APC were already discovered and disarmed , the group, concluded .

Meanwhile, another Group, Democracy Watchers in Gada Local Government, has said that, former Senator, Abubakar Umar Gada , has now backtracked and he was lobbying to be allowed to revalidate his APC membership in his Polling Unit .

A statement signed by its Protein Chairman,  Lawalli Na Maiki , said that ,it was in receipt of reliable evidences of telephone recent calls he has made to one of the officials of the party in Gada Local Government.

It further said that , Senator Gada was lobbying the official to book five registration cards and forms for him, with a view to participating in the exercise , with other cohorts, soon.

” We are keenly watching and we will leave no stone unturned,  to shame all detractors, doubting Thomases and Judases in our midst .

” We will do everything humanly possible to ensure the success of the exercise and democracy in general, in Gada Local Government, Sokoto State and Nigeria, as a whole ,” the group, vowed .