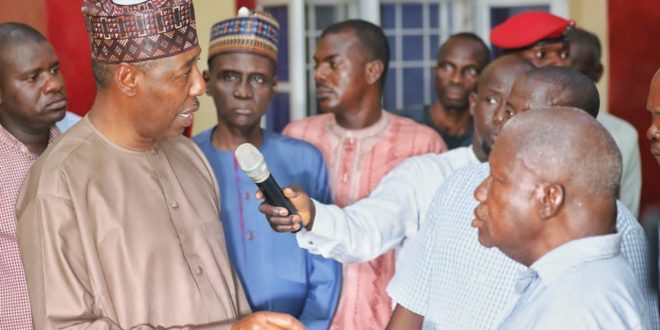 Borno State Governor, Babagana Umara Zulum, during a late night visit to General Hospital in Monguno, on Saturday, announced the approval of 30% salary increase for doctors in seven Local Government Areas with peculiarities.

Aside medical doctors, nurses, midwives, lab technicians, pharmacists and other health workers in the seven Local Government Areas will also benefit from 20% salary increase aimed at motivating them to deliver quality and affordable healthcare services.

The seven LGAs: Monguno, Ngala, Dikwa, Kukawa, Kala-Balge Abadam and Banki in Bama were among major strongholds destroyed by Boko Haram in 2014 and remained unoccupied for about eight years until the recent resettling of IDPs and refugees.

Zulum, in company of the Chief Whip of the House of Representatives, Barr. Mohammed Tahir Monguno, visited the general hospital around 1am and was there till 2am.

He was received and conducted round by the principal medical officer, Dr. Solomon Tiza.

The governor ordered the construction of additional staff quarters, the provision of a deep aquifer borehole and solar electricity to enhance services at the facility. 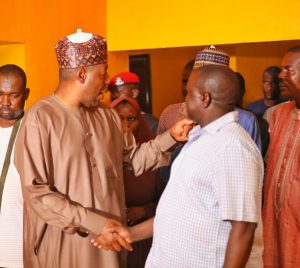 Zulum had, in January 2022, raised the salaries of all medical doctors in Borno to the level paid by the Federal Government to stop rampant cases of state doctors moving to federal healthcare institutions for better pay.

The governor has in the last three years approved the recruitment of a combined total of 676 medical workers made up of over 40 medical doctors and 241 nurses, midwives and other health workers.

Zulum had spent Thursday and Friday nights in Monguno located in the northern part of the state, coordinating humanitarian responses and rebuilding projects.