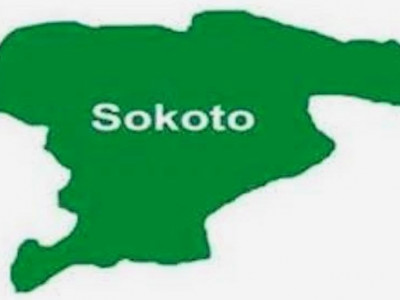 As Workers globally celebrated the 2021 Workers’ Day Celebrations on May 1, the newly recruited Secondary Schools’ Teachers in Sokoto State had bleak and dull celebrations sequel to the non payment of their outstanding four months salaries.

The newly recruited Teachers, who were engagged by the Sokoto State Government, concluded their documentations and commenced work in December,2020.

This shows that, they are being owed four months salaries, from January 2021, to April 2021.

An Economist, Salisu Ibrahim has however lamented that, the non payment of the salaries of these new Teachers would dampen thier morale, just as it is inimical to their socioeconomic growth and that of the society .

The Economist urged the Srate Governor, Rt. Hon. Aminu Waziri Tambuwal to investigate the non payment of the salaries to the Teachers, saying, ‘” the obnoxious development was source of concern for the Teachers, their families and the society .”

While commending Governor Aminu Waziri Tambuwal for recruiting the new Teachers , the concerned Economist however wondered what was causing the unfortunate delay .

Ibrahim further averred that, the recruitment of the new Teachers was capable of bolstering the educational development and growth of the state .

” The earlier this problematic issue is probed by the Governor, the better for the Teachers , as well as the education sector in the state.

” A thorough check should be conducted between the Teachers’ Service Board and the Ministry of Finance , to unravel the cause of the unfortunate delay, worj a view to ameliorating their suffering.”

Accoridng to Ibrahim, there was no better time to assist the Teachers than now when the Muslims were undertaking myriad acts of worship during the last ten days of the Ramadan fast, while the Eid–el- Fitr is barely ten days away.

Doing so,he added, will ensure that, the Teachers celebrate the forthcoming Eid el Fitr with a relative ease .