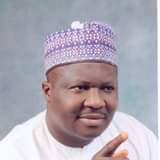 A Business man from Kaduna state makes a revelation that there are three most important things that if done, if I’m in the position of President Muhammadu Buhari to reverse the situation in Nigeria currently ravaged by Boko Haram, Bandits and Kidnappers, Dangote groomed entrepreneur and business tycoon, Shuaibu ldris (Makati) widely known as Dangote boy, disclosed this in an interview with journalsts in Kaduna.
He said the three most important areas he would’ve concentrated in turning around the country’s challenges, if in position of Buhari, would’ve been Health, Education and Energy Sectors respectively.
A Director in several manufacturing and service oriented companies, Shuaibu Idris also delved into the cause of country’s inflation and gave insight on reasons for the astronomical increase in prices of goods and services in Nigeria.
He said “If I am in the position of President Muhammadu Buhari of Nigeria today the three most important things I’ll concentrate on among others, include Health Sector, Education and Energy Sectors.
“I want to boast and be proud to see the about 220 million Nigeria population healthy, because one in every 5 black man on the earth planet is a Nigerian.
But are we getting the dividend of our demographic population. The answer is no and why”,he queried.
According to him, the adage that “Health is wealth” is key, adding that a healthy population translated into healthy workforce everywhere in the world.
“If i have a healthy population it’ll translate into good workforce whether within or outside the country.
Mikati also explained that he’ll invest in high quality education that would sustained individuals not necessarily for white collar jobs only. “It’s not just education but education that’ll be able to sustain individuals not necessarily for white collar job but for production of self sufficient labourers who could courageously reject invitation for white collar jobs.
On Energy, he said an energy in totality, whether in petroleum product availability at reasonable prices or in sustaining continuous electricity in sufficient quantity.
“To crown it all, is the energy in totality whether petroleum product availability at reasonable cost or a sustained continuous electricity in sufficient quantity.
“Believe me these three things, if addressed by any leadership are what I could conveniently described as complete vaccination against insecurity, be it Bandits, Kidnappers, Boko Haram or terrorism.
“When we were young as children we were vaccinated against polio and other diseases. “To vaccinate population against insecurity, whether Bandits, Kidnappers, Boko Haram, get the citizens engaged and give them sufficient skills and education, that’ll make them useful to themselves”, he explained. He also explained that “Yes you can pump money into security but if you can’t pump money into education for knowledge and to invest in agriculture where the people will be gainful employed, your not helping matter. ‘Idle mind is a devil’s workshop”, he said. Idris also said, “We need a total reorientation of our education system not necessarily for white collar jobbers but for production of self sufficient labourers. Idris who contested for kaduna governor in 2007 said running the country Nigeria is not big deal but the process to presidency required serious courage and huge resources.
On high Commodity inflation in the country, ldris who attributed the problems to what he described as abnormal increase in prices of goods and services, said it was largely due to some certain economic factors. He further explained that in elementary economic, “there’s inter-relatioship between demand and supply, adding that when demandd outstrip supply, chances are that prices will increased because of fewer goods in market against enormous amount of demands, and vise -versa, before prices will come down and equilibrium position could be established in the market”.
He said this is also applicable to when electricity bills increased, manufacturers also increased products by way of passing the increments to consumers through pricing, saying it’s also the same thing with fuel hike, dessel and transportation related prices.
“It’s also applicable to increase in labour, salaries and allowances of workers”, as this could lead to increase in goods and services to consumers.
On interrelationship between Nigeria economy and international economy, he said the chances are that increase in prices of goods and services in international market items lead to increase in other countries especially countries like Nigeria where importations are high from other countries. “The same thing with financial increase in interest or exchange rates put together, are factors that affect movement of market prices”, he said. According to him, agricultural Commodities are not exempted especially grains, as assured, “but it’s not true because it has to be transported from hinter land to the urban and cities through trucks and vehicles, not through donkeys, horses and camels; among others like insecticide products coming from outside for use for other things produce internally causes inflation of price increase, including Government policies.
About late Sani Dangote, he described him as selfless fellow with high level of forgiveness of heart who hold no one in mind as pan African business mogul.
He averred that four weeks to his demise, he called and asked him to prepare and become Director in one of his companies, describing Sani Dangote’s death as a big loss to Nigeria
Share