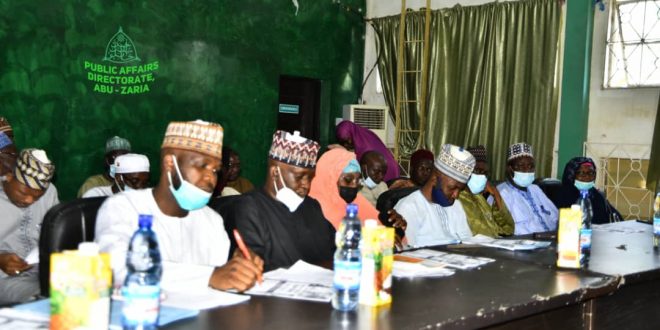 Lending culture, economic integration policy and decay of the infrastructure are some of the major factors militating against the entrepreneurship development in Nigeria, Prof. Mustapha I. Abdullahi, Head, Department of Educational Psychology and Counselling, Faculty of Education, Ahmadu Bello University, said in Zaria today.

Presenting a paper at a symposium organised by Faculty of Education, Ahmadu Bello University, Prof. Abdullahi explained that the lending culture of the banks with prohibiting antecedents which manifested in high interest rate charges posed a serious problem by discouraging a great deal of local investments.
The lending culture, according to him, had hampered the floating and growth of medium and small scale enterprises across the country.
The don, who spoke on “Entrepreneurship and Culture: A new Horizon in Counselling Practice in Nigeria”, also said that integrating the Nigerian economy into the world economy had forced the Nigerian government to open its borders to other countries for import and export of goods and services to the detriment of the local producers.

This policy, he said, had turned the country to a dumping ground for all sorts of substandard goods and services from foreign countries with devastating effects on indigenous business enterprises.

“This has led to closing down of many local industries ranging from textile industries, tools manufacturing industries, motor car plants among other several business enterprises that have folded up in the country”, he said.
Prof. Abdullahi further went to add that the deterioration and inadequacy of infrastructural facilities across the country such as electricity had more often time led the country’s economy into recession.

“The development has led to erratic or epileptic power supply to the indigenous industries and local enterprises which forced them to depend heavily on diesel power generating plants leading to additional expenses and financial burden among other economic disadvantages for the indigenous business to bear.
“As a result of this many industries have relocated to other African countries such as Ghana and South Africa where there is stable power supply to all sectors of the economy”, he explained. 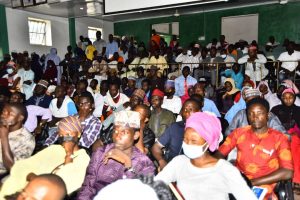 He stated that the decline in the productivity of an average Nigerian was a negative effect posed by the experience of oil boom scenario, saying that government at all levels erroneously reduced the working days in a week from six to five days, with many holidays interrupting the year working days.

“This, indeed, discouraged many foreign investors who perceived the effect of this as a slowdown syndrome to the progress and growth of any business. This makes a distinction between Nigerian developing economy and the developed economy”, Prof. Abdullahi further said.
He said that the colonialization of the African countries by the imperialists was still having a lingering negative effect.

For example, he also said, some Francophone countries in sub-Saharan Africa, preferred importing goods and services from far away European countries of their colonial masters or somewhere else even when they knew that there were such goods and services in their neighbouring African Anglophone countries.
“For instance, it is confirmed that the cable wire produced in Nigeria is one of the best cable wires in the world, yet the product has not been well patronized by the neighbouring countries.
“It is also confirmed that Benin Republic imports less quality cement from far away China when cement of high quality produced in Nigeria is closer to them. This is done without any political and economic justification”, he said.

Earlier in his remarks while declaring the symposium open, the Vice-Chancellor, Prof. Kabiru Bala, explained that the philosophy and practice of organizing symposium was a global phenomenon.

Ably represented by the Deputy Vice-Chancellor, Administration, Prof. Ahmed D. Ibrahim, the Vice-Chancellor also said that it was a thing of joy to always give the academics the opportunity to give their own contribution towards the development of humanity.