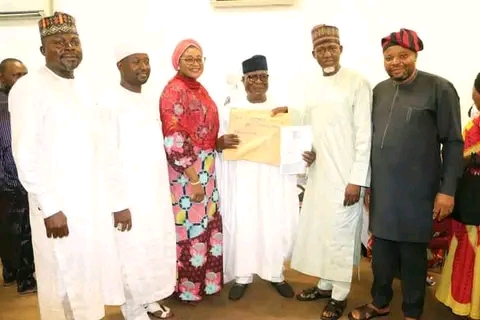 The Senator who was represented by his brother, Alhaji Ali Al-Makura amongst others, submitted the form for the second bid for the Senate post to the National Organizing Secretary, Alhaji Hussaini Argungun in Abuja.

Senator Umaru Tanko Al-Makura was elected as executive Governor of Nasarawa State between 2011 and re-elected in 2015.

At the end of his tenure as Governor in 2019, he was elected Senator.

Senator Al-Makura was poised to win the election for the position of APC National Chairman when he was told by President Muhammadu Buhari to step down for a consensus candidate, Senator Abdullahi Adamu.

From all indication, he is the only APC aspirant that has paid and submitted his form from the senatorial district.