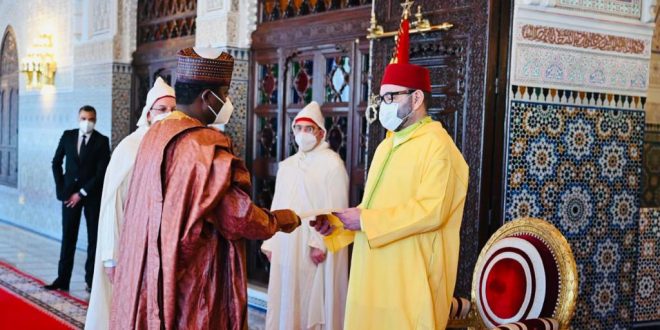 Nigerian Ambassador Extraordinary and Plenipotentiary to the Kingdom of Morocco, AlBashir Ibrahim Saleh Alhussaini on 17th January, 2022 was among the 38 ambassadors that presented their letters of credence to His Majesty King Mohammed VI at the Royal Palace in Rabat.

The King requested the ambassador to extend his warmest regards to President Muhammadu Buhari, GCFR, and the entire people of Nigeria. He also assured Ambassador Al Hussein of maximum support amd cooperation during his tenure in Morocco; and to feel free to discharge his duties as Nigeria’s special envoy in the country. 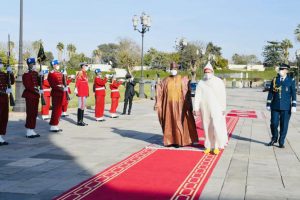 In a statement from the Chancery,
Embassy of the Federal Republic of
Nigeria, Rabat, Kingdom of Morocco, revealed that

The King also gave assurances that relations between the Kingdom of Morocco and the Federal Republic Nigeria will continue to grow stonger. 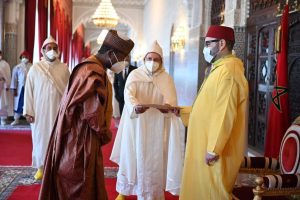 In his remarks, Ambassador Al Hussein, assured the King that he would convey his warmest regards to President Buhari and the good people of Nigeria, adding that he would do everything possible to boost the existing good ties between the 2 country during his stay in the country as ambassador.