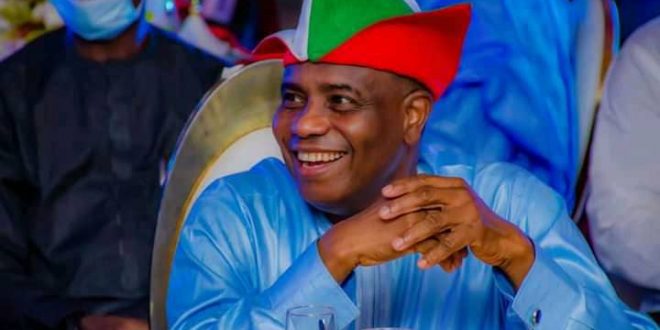 The complex situation in Nigeria is quite alarming but can be managed if the right decisions and choices can be made comes 2023 General Elections. Our greatest conundrum as a nation apart from insecurity is our unity as a single entity. The allegations of one region marginalizing others have been at the root since the first republic. With the ideal and accepted leader, Nigeria can renounce and defeat insecurity and other challenges. Our insecurity worsens when we keep backstabbing each other on the back.

For how long are we to keep living in a wonderland when we already come to terms with what can save our country? Unifier and development achiever Nigeria needs who can integrate, mediate, and consolidates on the gains, and everyone, every region wouldn’t have any after-issues. Nigeria needs a leader who can harmonize and reconcile belligerent factions to become one under the same roof. A leader every region would be happy with, and a leader that can gain the trust of everyone.

Millions of Nigerians and I have it in good faith that the 10th Speaker of the House of Representatives can be the uniter Nigerians are looking for. When it comes to national cohesion and integration, the current Governor of Sokoto, and PDP Stalwart, Aminu Waziri Tambuwal, is a rare breed among the present crop of politicians. He is a kind of leader that every region respects and craves for because of his patriotism and passion for the greater good and development of Nigeria.

When he was on the saddle as the Speaker of the House of Representatives, Tambuwal was often praised and rated as an influential Speaker of the House. This is on account of his courage, dynamism, constructive outspokenness, relentless pursuit for legislative independence, and revolutionary approach towards the running of the House during his era as speaker. And Nigerians can testify to the fact that the house he led was the most harmonized and stabilized in the history of Nigeria.

During appointments and constituency project allocation, Tambuwal made sure he brought each member regardless of party or ethnic affiliations. Nigerians can recall with nostalgia the numerous bills that directly impacted their lives were vigorously passed under the stewardship of Speaker Aminu Waziri Tambuwal. How he handled mini Nigeria then was heaven to gaze at. And that is exactly what he’s doing now as the Vice Chairman of the Nigeria Governor’s Forum.

His interventions in national affairs both as the Vice-Chairman NGF and as Chairman PDP-GF have been that of the best thing that happened to Nigeria in the last two years. He has been outspoken to the plights of Nigerians. He speaks the truth as it is with no strings of politics attached. And he offers suggestions as to what needed to be done to halt the current hardships Nigerians are facing.

Tambuwal has been doing excellently in Sokoto. For the past six years, Sokoto has witnessed tides of change in infrastructure and human development. The Sokoto that has become the epicenter regarding deteriorating attitudes by some restive youth has long been dealt with. The current Sokoto under Tambuwal is a Cherokee tree which branches have spread in all ramifications.

One of the best achievements of Governor Aminu Waziri Tambuwal is the touch he has in harnessing situations. Take a look at how he is currently engaging and harnessing the Sokoto Youths, turning them into precious stones worthy of emulation in Nigeria. He has come up with initiatives and youth-friendly policies that directly affect them through Skills Acquisition and Agriculture. Sokoto Youths have made progress that can hardly be matched.

The same treatment we believe Tambuwal can apply to Nigeria if given a chance to be its next leader. The Nigerian youth population boasts up a Million numerical strength but has not been adequately tamed. And we are sure if Tambuwal is at the helm, the situation can be something of a passed. Yes, there are leaders, but just not committed like Tambuwal. The End SARS conundrum and its other affiliated can all be avoided if Youths were carried along in Governance.

For those blinded by hatred and envy of how Tambuwal is becoming a pearl in the annals of history would only keep getting disappointed because Aminu Waziri Tambuwal is now a phenomenon that would overwhelm Nigeria’s political space in coming ways. And to those who have assumed the role of God and think they alone giveth leadership, they will InshaAllahu continue to cover their heads in shame.