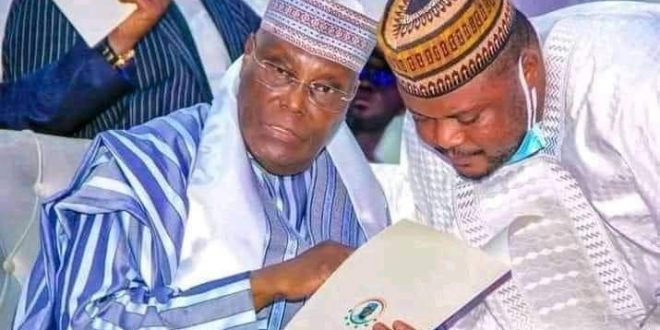 Former Vice President of Nigeria and presidential candidate of the Peoples Democratic Party (PDP) in the 2023 election, Atiku Abubakar has approved the appointment of Dr. Ali Bappayo Adamu as his Special Assistant, Business Community (North-East zone).

Atiku made the announcement through a press statement signed by his Media Adviser, Paul Ibe on Monday.

Dr. Bappayo, whose appointment takes immediate effect, according to the press release, is a well-rounded young Nigerian.

The press release describes Bappayo as, “a man of valour, whose objective is to contribute towards improving the lives of the less privileged in the society.”

The statement further states that Bappayo was a community engagement consultant at United Nations International Children’s Emergency Fund (UNICEF) and also the founder of North East Business Communities For Atiku 2023.

It will be recalled that the North East Business Community, has since endorsed Atiku as its presidential candidate for the 2023 election, a decision that led the group to purchase the Nomination and Expression of Interest forms of the PDP for Atiku.

Dr. Bappayo’s appointment, it will be recalled also, is the fourth recent appointment of young Nigerians that the PDP presidential flag-bearer will be making ahead of the 2023 election.

Previous With Shettima, Tinubu has made the wisest choice – Gov Zulum
Next Haɗarin Mota Ya Lakume Rayukan Mutane 9, 11 sun Jikkata A Yobe. 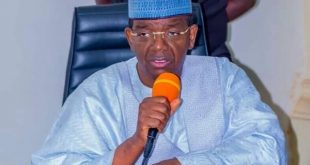