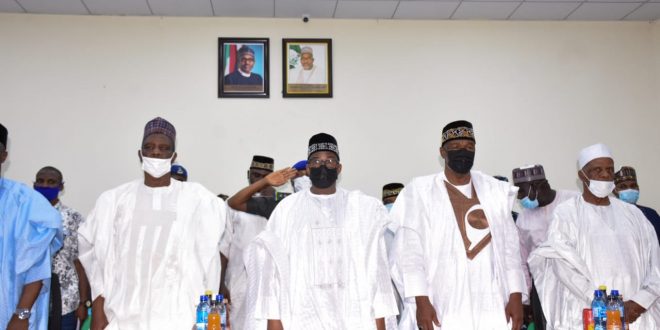 Governor Bala Abdulkadir Mohammed on Friday evening inaugurated the 30 member committee to review the implementation of the reports of Justice Babalakin, Shehu Awak and Justice Bala Umar on the creation of Sayawa Chiefdom in Tafawa Balewa and Bogoro Local Government Areas of the State.

Inaugurating the committee at the Government House, Bauchi, the governor directed the committee to submit report within 6 weeks for immediate action.

Governor Bala Mohammed who said as responsible government, his administration is committed to changing the precarious trajectory of the creation of the Sayawa Chiefdom, noted that, the existing relative peace in the areas cannot be taken for granted.

He mentioned some of the terms of reference for the committee to include, recommending legal modalities of establishing the Chiefdom if necessary, establishing the demarcation, allocation of capital and modalities for the appointment if the Chief, his class and tilte as well as to resolve all agitations within the Chiefdom including the resettlement of those driven out of Tafawa Balewa town at Burgel junction.

“It is about three decades now that successive Administrations in Bauchi State have made efforts to create the Sayawa Chiefdom out of Bauchi Emirate.

Those efforts have unfortunately proved abortive due to some reasons.

“We have resolved to go back to the drawing board by appointing a committee to carefully review the reports of all the previous commmittes and the law for the creation of Sayawa Chiefdom enacted in 2011, with a view to identifying the deficiencies in them and make appropriate recommendations to address the problem once and for all.”

The governor said going by the pedigree of members of the committee, he was confident that a thorough work would be done towards putting an end to the lingering problem having Sayawa Chiefdom so that there would be lasting peace in the areas.

Governor Bala Mohammed therefore called on members of the committee to bring their wealth of knowledge and experience into play in the discharge of their assignment.

The Chairman of the committee, Ambassador Jibrin Dada Chinade who said no society can progress without peace, assured the readiness of the committee to deliver on its mandate effectively.