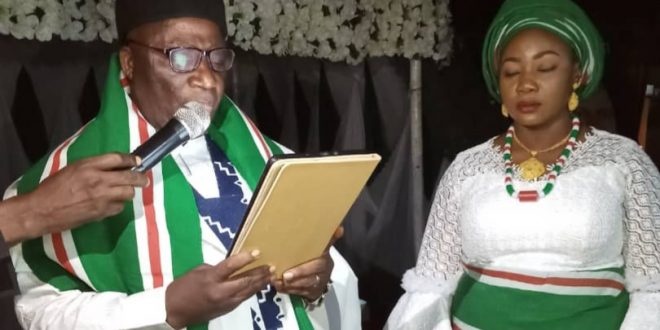 Kafanchan, the political capital of Southern Kaduna came alive on Saturday as it was thronged with several dignitaries who were on ground to honour newly elected President of the Atyap Community Development Association (ACDA), Comrade Dr. Silas Adamu.

The reception, tagged “Civic Reception For Comrade Silas Adamu by Friends, was held at the Wonderland Hotel, Kafanchan. 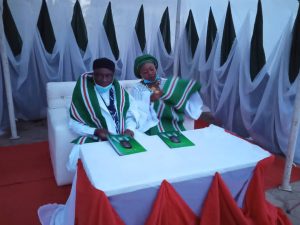 The event attracted several dignitaries, including the Senator representing Southern Kaduna, Senator Danjumah La’ah, who was the Chief host. 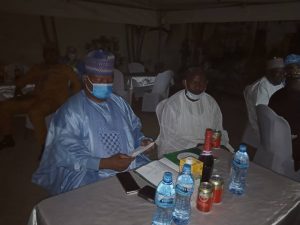 At the event, Senator.Danjumah La’ah described the ACDA President as an embodiment of peace, adding that he was proud to host the reception.

According to him, Comrade Adamu is a shinning light and he is optimistic that his emergence will translate to progress for Atyapland.

“I have known Comrade Adamu for long and know his antecedents. I am optimistic that his tenure will bring good news to our people,” he said.

Speaking further, he called on all Atyaps and by extension, Southern Kaduna to unite in protecting their interests.

In his remarks, ACDA President, Comrade Adamu thanked his friends for organising the reception in his honour.

“To the committee of friends who organised this lavish reception, I am grateful and pray God replenishes all you have committed to making it a tremendous success.

“Just as you are celebrating me, you will also be celebrated for success which will come shortly.

“Thank you all, for coming here from far and near to celebrate with me. I pray for God’s blessings upon all and journey mercies back to various destinations,” he said.