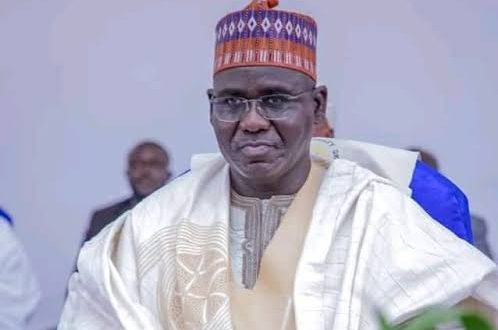 By Sani Gazas Chinade, Damaturu
Alhaji Ibrahim Isah, a retired Assistant Comptroller of Customs, has condemned media report alleging that huge cash was found at the residence of Lt.-Gen. Tukur Buratai, Nigeria’s Ambassador to the Republic of Benin.
An online media organisation recently alleged that the Independent Corrupt Practices and Other Related Offences Commission (ICPC) had recovered N1.8 billion at Buratai’s residence in Abuja.
The medium further alleged that the huge sum was part of funds earmarked by the Federal Government for the purchase of ammunition to fight terrorists.
Isah, also the Ciroma of Nguru, told newsmen in Damaturu on Tuesday that the report was false and deliberately fabricated to malign Buratai, a former Chief of Army Staff (COAS).
He wondered why the medium would want to tarnish the image of Buratai, who had put in meritorious service to the country.
“Buratai is a man of integrity, a patriot who has an unblemished record. I can’t understand the motive behind this plot to dent his image,” Isah said.
He commended the ICPC for clearing the air by saying that Buratai never owned the house in which the said cash was recovered from.
“How can such a huge sum of money remain in Buratai’s residence for over a year, after he left office without any investigation, audit or probe raising alarm?
“Well, the ICPC made us proud when it quickly announced that Buratai has nothing to do with the house in question.
“It clearly stated that the house is owned by K. Salam, a construction company, putting to shame the detractors masquerading as journalists,” Isah, a friend and associate of Buratai, said.
He therefore called on media regulatory agencies to sanction the online medium which is known for ‘ blackmail’.
“Time has come for the regulators to sanitise the media industry from the malfeasance of this online medium which specialises in blackmailing people.
“Journalism, as we all know, is a noble profession that informs and educates the public with facts, not fake news and malice.
“The regulators have the responsibility to immediately sanction this medium and other purveyors of fake news, to restore Nigerians’ trust and confidence in the media.
Our correspondent reports that Isah was the  Officer-in Charge, Federal OPS Unit, Zone D, Bauchi, before his retirement in 2007
Share