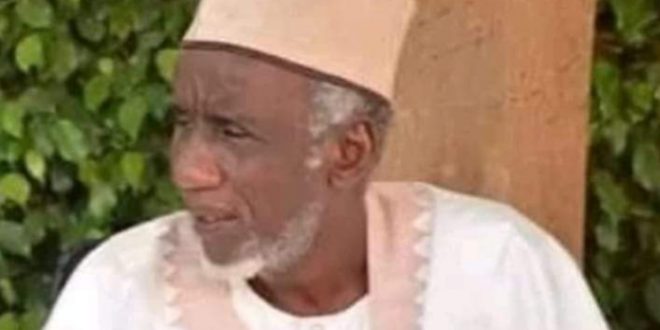 The Chairman of the Senate Committee on Defence and Deputy Chairman, Senate Committee on Anti Corruption, Senator Aliyu Magatakarda Wamakko, says the death of Alhaji Umaru Maigona, is a colossal loss not only to his family or Sokoto State,but, to Nigeria as a whole.

Wamakko, a former Governor of Sokoto State,spoke on Tuesday, at the country home of the deceased, ‘ Yar Labe, Wamakko Local Government of the state .

Wamakko,who represents Sokoto North Senatorial District , said that, the late Iconic Businessman had played immeasurable contributions to the socioeconomic development of the state and Nigeria ,in general.

Senator Wamakko prayed the Almighty Allah to grant the deceased Aljannat Firdaus, as well as grant his family the formidable fortitude to bear the irreparable loss .

On arrival, Wamakko was received by the State Deputy Governor, Alhaji Mannir Dan Iya, younger brother of the deceased, Alhaji Bello Maigona and his eldest Son , Alhaji Muntari Maigona, among other mourners .

Special prayers for the repose of the soul of the deceased were led by Sheikh Bashir Gidan Kanawa.

The late Umaru Maigona, who died on Monday, February 8, at an Abuja Hospital, was buried , same day, in ‘ Yar Labe town.

Previous Zulum’s convoy not involved in accident, spokesman clarifies
Next Refugees: Zulum, Humanitarian officials in Cameroon for repatriation of 9,800 in first phase