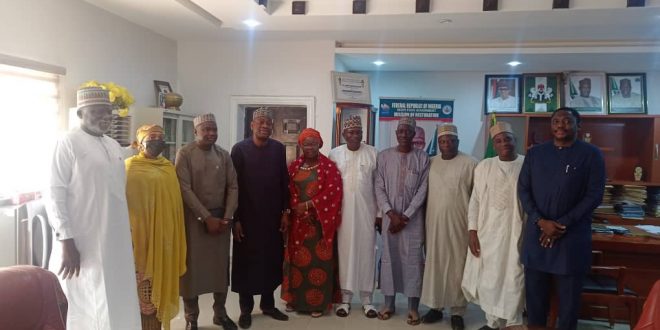 The Secretary to the Niger State Government (SSG), Ahmed Ibrahim Matane has stated that the development of the moribund Minna City Center would improve the socio-economic growth of the State.

In a statement Signed Lawal Tanko
Information Officer SSG’s Office that made available to news men revealed that. 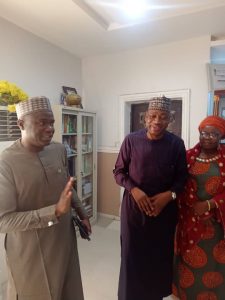 Ahmed Matane disclosed this when he received a cheque of Four Hundred million Naira meant for the purchase of three hectres of the land of Minna City Centre representing 1/3 of the land presented to him in his Office by Alhaji Mohammed Sirajo, Executive Director, Jaiz Bank.

The SSG further explained that the Minna City Centre which is situated in the heart of Minna remained an eyesore, hence the need for Government to improve the economic situation and wellbeing of the people of the State by putting the place into viable economic use.

In his remarks, Alhaji Mohammed Sirajo, Executive Director, Jaiz Bank told the SSG that the partnership between Niger State Government and Jaiz Bank has come to stay while assuring Ahmed Matane that the project will be completed within six months.

It would be recalled that Jaiz Bank had earlier stated that it will spend about N3.5 Billion on the construction of a shopping complex, modern underground car park, modern filling station, warehouses, and corner shops among others at the Minna City