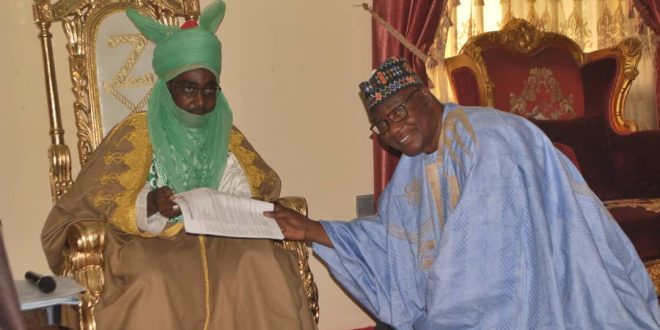 EMIR OF ZAZZAU TO CHAIR THE KADUNA-NIPR 2021 AGM, LECTURE AND AWARDS

The Executive members of the Kaduna State Chapters of Nigeria institute of Public Relations (NIPR) in furtherance to its preparation of its forthcoming 2021 Annual General Meeting (AGM) has paid a courtesy visit to His Royal Highness, Ambassador Ahmad Nuhu Bamalli, Emir of Zazzau in his Palace on Monday, August 04, 2021.

Addressing the Emir and his Council Members, the Chapter Chairman, Alhaji Bashir Chedi said, “we are here to present to His Royal Father an invitation to the Chapter’s 2021 AGM Public Lecture and Awards presentation to illustrious citizen’s of our beloved country.

Bashir Chedi further requested the Emir of Zazzau to serve as the Chairman of the occasion “this is in recognition of your roles as foremost traditional leader, your pedigree as reputable public servant and diplomat”, he said.

He also informed the Emir that His Excellency, the Governor of Kaduna State is expected to be the Guest Speaker at the occasion and will receive his investiture as patron of the Kaduna NIPR as provided in the Act establishing the institute.

In his response, the Emir of Zazzau, Ambassador Nuhu Bamalli, said: “the role of public relations cannot be over-emphasised especially in area of peace and national development”. He said lack of proper communication and inadequate public relations are the major causes of rancor and trouble all over the world.

Emir Bamalli further said NIPR is a very important institute that the royal fathers can partner with in order to promote mutual understanding and peaceful co-existence among the citizens.

The Emir assured members of the Chapter that he will be very pleased to attend the AGM as it would afford him the opportunity to know more about the role of public relations. 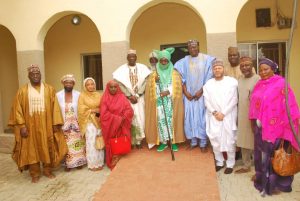 Earlier, Mal. Bashir stated that the institute at the national level is currently organizing a citizen’s summit on national integration peace and security which was borne out of the need for restoration of peace, security, confidence and mutual understanding in our nation.

He further informed the Emir that the theme of this year’s Kaduna Chapter’s AGM Lecture is “Insecurity in the Northern Nigeria and the Implication on the Nation’s Economy”, with Governor Nasir El-Rufai as the expected Guest Speaker.

The Zazzau Emir commended members of the chapter for choosing him as the Royal father of the Day and the Chairman of the occasion. He thanked the Chapter for the visit and kind prayers for his ascension to the throne and for the repose of the soul of the late Emir, Shehu Idris and Limamin Kwana, Mallam Sani Aliyu.