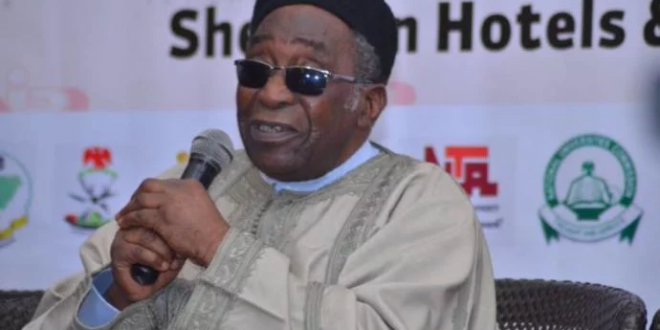 PRESENTED AT THE INAUGURATION OF MAITAMA SULE LEADERSHIP LECTURE SERIES

The Media
The media has viable role to play in enlightening the general public on the overall effect of negative values and need for hard-work, fair play, self-employment and law abiding citizens through advertisement, seminars, symposia and other measures. These no doubt would go a long way in repositioning the positive values in Nigerians.
Political Will
A strong political will is needed by the leaders to remain neutral in the fight against unethical behaviors and corruption. This will help in strengthening the institutions in the discharge of their functions.
Parenting
The family unit is the primary focus of value re-orientation informed by parental roles, goals, values and manners that influence the children moral and of social behavior that influence the children (Bull. 1980). They should teach and train their children, adequately monitor their children, guide their behavioural patterns at home and adopt gradual and systematic process to sensitize their children’s initiatives as well as develop in them self-control in the absence of external authority. They should apply mild physical punishment, mild withdrawal of love, emotional appeals or threat of disapproval to develop in their children self-imposed discipline and obedience to rules and regulations. Also, they should decide the type of films and association their children be exposed to. In this way, the ideas and attitudes of the children in the home will reflect their performance with larger society.
Fight Against Drug Abuse
Drug abuse is a central causative agent of social vices and crimes. Drug abuse has reached an alarming level among Nigerian youth especially in northern Nigeria. It has truncated the promising future of most Nigerian youth, some of whom are commonly seen roaming the streets as lunatics. Thus drug abuse has remained a negative force driving anti-social behavior and the increasing deterioration of societal values and norms. Therefore, any serious attempt for ethical reorientation for positive attitudinal change in Nigeria must focus on the fight against drug trafficking and abuse among Nigerian youth.

Conclusion
This paper analyzed the patterns and trends of positive values decay in Nigeria and the ascendance of anti-social behaviours and criminality to the center stage of our national life, attempt was made to offers conceptual explanation on ethical reorientation. It then succinctly reviews the series of attempts towards ethical reorientation by successive government since independence in 1960 and showcased the imperative of renewed efforts by different critical stakeholders towards ethical reorientation for positive attitudinal change in Nigeria. As articulated in the paper, ethical decay has adversely inhibited the sustainable development of virtually all sectors in Nigeria. Hence the urgent need for ethical reorientation for positive attitudinal change among Nigerians both the governors and the governed especially the youth on whose shoulder the future of the country rest.