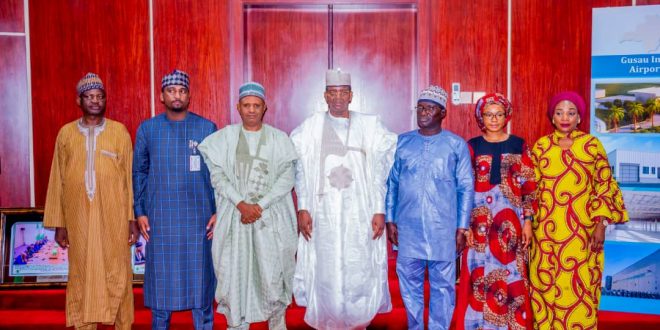 FG COMMENDS ZAMFARA GOVT’S READINESS IN THE IMPLEMENTATION OF NGCARES

The federal government assessment and advisory team has commended Governor Bello Matawalle’s preparedness in the implementation of NGCARES in the state.

In a statement Signed by YUSUF IDRIS GUSAU
Director General, Media Public Enlightenment and Communications to the Governor made available to news men revealed that. 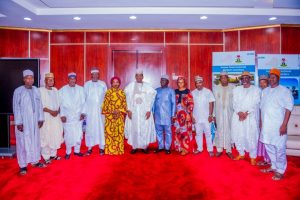 The commendation was made by the leader of the team, Professor Funsho Aderigibe during a courtesy visit to the governor at his office in Government House, Gusau today. 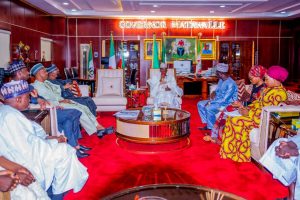 He said, what they saw in the state indicated that Zamfara will emerge number one in the country to access the fund according to what is desired

Professor Funsho explained that the NGCARES programme is designed to mitigate the impact of the Covid-19 pandemic on the livelihoods of the poor, vulnerable households and micro enterprises in the country.

He added that the programme outlines for result operations in the amount of $750 million dollars to support states in their efforts to mitigate the impact of the Covid-19 pandemic in their respective areas. 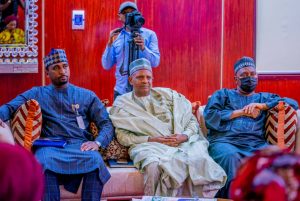 He further stated that the proposed programme for results P4R is a short term response to the economic crisis created by the Covid-19 pandemic in Nigeria which was designed to support government budgets at the state levels which targets new vulnerable and poor Households in three key areas of increasing cash transfers and livelihood support to the poor and vulnerable, increasing food security and safety function of food supply chains and to facilitate recovery of medium and small scale enterprises.

Responding Governor Matawalle explained that despite the high debt profile, litigation and Serious Security Challenges inherited from the previous administration in the state, his government was able to initiate programmes and policies that have direct impact on the livelihoods of the poor and vulnerable groups in the state

He explained that these were achieved through social intervention programmes such as ZASSIP and Women Empowerment Programme where thousands of the state youths are engaged in various trades which at the end of every month will receive a take me home allowance of not less than ten to twenty thousand naira.

The governor further said that apart from the social intervention programme, his administration embarked on transforming the state structures at all levels which includes construction of sizeable number of hospitals including infectious decease hospital in Damba which will carter for Covid-19 patients and was equipped with modern health facilities.

He added that PCR machines were also provided at Yariman Bakura Hospital and seventeen WCWC Hospitals were constructed and equipped with Drugs that will be given free of charge to women and children in the state.

He thanked the assessment team for visiting the state and carryout their responsibility as required and directed, assuring that Zamfara under his watch will continue to participate in programmes that have direct economic and social impact to the people of the state 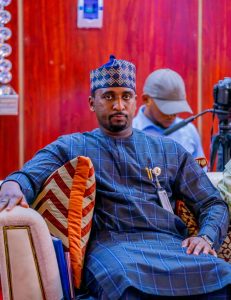 The visit was attended by the Acting Secretary to the State Government who doubles as Head of Service, Alhaji Kabiru Balarabe, Honorary advisor to the Governor Ambassador Bashir Yuguda Gusau, Commissioners Designate of Finance and Information Honourable Sufiyanu Bashir Yuguda and Ibrahim Magaji Dosara.