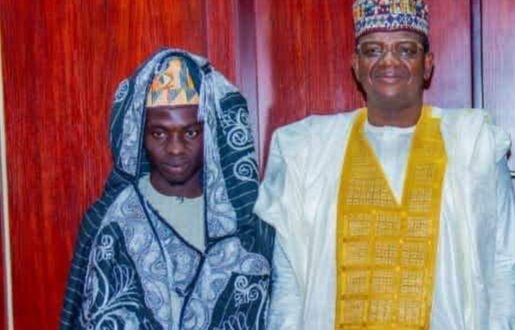 In a statement Signed by YUSUF IDRIS GUSAU Director General, Media Public Enlightenment and Communications to the Governor, and made available to Journalist.

The Governor said no doubt, Zamfara is the hub of Islamic and Shariah advancement that guarantees free teaching and learning of Islamic knowledge to all and the state is becoming more attractive in showcasing knowledge in Islamic teaching and Qur’anic recitation.

The Shattiman Sakkwato further said that, just within the month of March, 2021, the state attained three great feats in this area which include the governor being conferred with the highest honour of Khadimul Qur’anil Hakeen, the hosting of Qur’anic Reciters and now the emergence of an indigene of the state, Hafiz Awwal Muhammad Gusau as the over-all winner of the competition in the whole country.

Governor Matawalle said he is proud with the development and he is certain that the good people of the state are happy with the emergence of Hafiz Awwal Muhammad Gusau as the winner of this year’s Qur’anic recitation competition.

Hafiz Awwal Muhammad Gusau is the 3rd Zamfara indigene to become winner of the national Qur’anic recitation competition, the first and second being Hafiz Murtala Aliyu Dabbagi at Bauchi in 2006 and Hafiz Faisal Muhammad Awwal at Ilorin in kwara State.

The Governor assured of his administration’s continued interest in giving top priority to the teaching and learning of the Holy Qur’an in the state.

He also commended the state Musabiqa Committee under the leadership of Alhaji Ibrahim Ruwan Doruwa for the good coaching given to this year’s Zamfara contigent which include discipline, neatness, good mannerisms and total dedication which have earned the state the victory at the just concluded National Qur’an recitation competition.