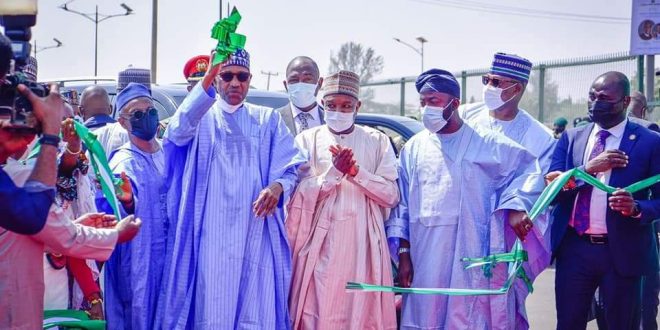 In a statement signed by his SA, Honorable Ibrahim Dahiru Danfulani, dated Thursday January 20, 2022, the Kadunà Speaker expressed this while welcoming President Muhammadu Buhari to Kaduna on a two-day working visit to commission projects executed by the state government.

“The transformation would have been evident much earlier, but was frustrated in the eight Senate by some undemocratic forces from our state, who preferred to delve into politics of selfish interests instead of the collective good of our good citizens.

“We are nevertheless, excited that their folly has been made manifest and all can now attest to the glaring dividends of democracy that not just those of us existing now, but yet to be born generations would enjoy and would stand tall to be associated to Kaduna State.

“This success story also points to the benefits that can come from harmonious and robust relationship between the arms of government, especially the Executive and Legislature,” Zailani said.

The Speaker said that he is, “delighted to be alive witnessing the historic day on the occasion of the commissioning of some of the projects executed by our vibrant and innovative governor, Malam Nasir el-Rufai.

“I am sure that Mr. President would have lost his way while driving to the various points of commissioning due to the transformation that Kaduna our city, the pride of the North and the indisputable Centre of Learning has witnessed within the last two years,” he added.

Zailani pointed out that as the Speaker of Kaduna State House of Assembly, he is sure that Mr. President is today proud of the fact that in the advent of the coming on board of “Our great party, the All Progressives Congress (APC), raised the hand of Malam Nasir el-Rufai to seek for support for his election in 2015.”

He emphasized that the commissioning is the beginning of a new dawn in making Kaduna Greater, “as envisaged by our pragmatic leader of modern Kaduna State, Malam Nasir el-Rufai whom today, I rename ‘Mai Ginne Ginne Kaduna’.

“2023 is around the corner, Kaduna citizens are eagerly waiting to renew the mandate given to our performing party APC to consolidate on the achievements recorded within this administration,” he concluded.