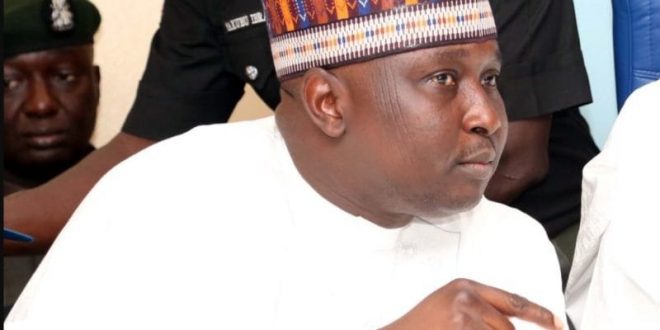 The Majority Leader at the House of Representatives, Hon. Alhassan Ado Doguwa has donated N5 million each to the Department of Mass Communication and its mother faculty as his widow’s might for being an alumnus.
He donated the money at the venue of the  40th Anniversary of the Department of Mass Communication held at the Convocation Arena of the Bayero University, Kano last Saturday.
Hon Doguwa pledged to support whatever program the department, faculty, and the university community embark on at any time. He assured both staff and students of the Faculty of Communication of his moral and financial support with a view to getting the best out of the university system.
According to him, Bayero University has played a major role in his political and other social struggles, and “for that reason as a good son my thoughts have always been, how can I pay my parents back with all the love, care, and attention given to me”?
The House Leader confessed that he would forever be indebted to the Bayero University community where he spent one year at the School of General Studies ( SGS), three years as an undergraduate student at the Mass Communication department, and another one year for his master’s degree program.
The Class’90 Mass Communication graduate did not also forget his classmates as he donated N1 million to the 1990 set where he belongs. Furthermore, Hon. Doguwa gave out N200,000 to one of his classmates recovering from partial paralysis.
He added that plans are underway to see how he could key into scholarship awards to indigent students who find it difficult to cope within  the academic environment
Hon. Doguwa was the President of the Mass Communication Students Association (MACOSA) in 1990
Share