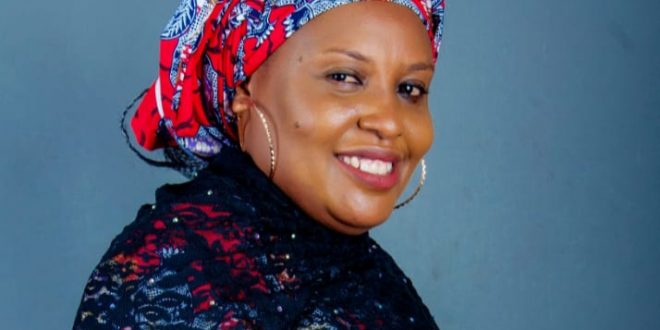 The African Democratic Congress candidate for Katsina local government constituency of the Katsina State House of Assembly has promised to carry out the mandate if given to her, with due diligence and unalloyed commitment.

Presenting herself to journalists in Katsina, Hajiya Hauwa said: I ’m your daughter, sister, and also friend offering to serve the people of Katsina local government to bring a positive change.

“I’m joining the state House of Assembly race to bring fresh ideas and professionalism, I am qualified to contest for the House of Assembly. Through me, a lot will come to the local government area. I will be a servant and agent of change. I will be loyal, and that’s why I’m soliciting your support,”

Hauwa Lawal, the ADC candidate recalled that she had experience in active politics right from school days.

“The only difference this time is that I’m offering myself for a bigger political position, and this is because I believe I can deliver for the people and meet their aspirations. That is why I’ll be seeking the Katsina local government seat in the State House of Assembly in 2023 because I believe it affords me the platform to launch my ideas and advocate for the good of the people.

“As we can all tell, the state is in a turbulent situation. Whether katsina central or South, insecurity headlines Katsina, and people are becoming increasingly unsure about their safety.

“On the economic front, the situation isn’t palatable and the government appears to have no answer to turning things around as it continues to mount debts for the future. “Unemployment continues to rise that the World Bank in a recent report said it was the worst in the state history. Things are just not going well, and the tension of secessionists is eclipsing the problems facing the country.

“I am a woman with thoughts and questions and a lot to bring, Women belong in all places where decisions are being made and that’s why I made my decision to contest and corrects men mistakes,” Hauwa said.