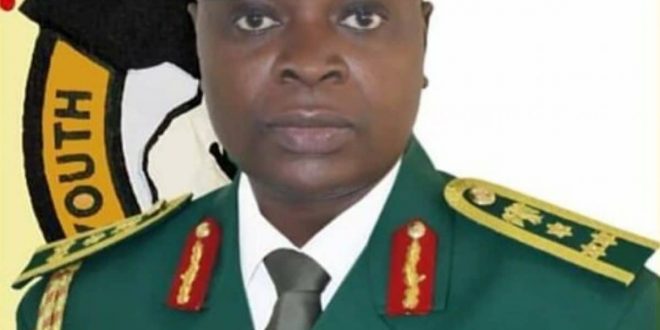 IMPERATIVES OF NYSC TO PEACE, UNITY AND SOCIO-ECONOMIC DEVELOPMENT OF NIGERIA

All nations of the world have one form of post-graduation national service or the other just as Nigeria has the indispensable National Youth Service Corps (NYSC), which has been part of the country’s development agenda since 1973. To say that the Scheme is important or critical to the sustainable development and prosperity of Nigeria is certainly an understatement. In fact, there is hardly any Nigerian who is not aware of the existence of the Scheme, as well as its relevance, and enormous contributions to the country.

The tangible and invaluable roles played by the NYSC are as clear as the open sky, with profound impact on every sphere of development, including democracy, health, education, infrastructural development, human capital development, manpower, security, environmental and road safety. The list is endless.

When Nigeria’s former Head of State General Yakubu Gowon (rtd) established the Scheme nearly five decades ago, the then Federal Military Government envisioned the aforementioned accomplishments in nation building with young Nigerian graduates as vanguards. The immediate aim was to bolster the post-civil war policy of the Administration christened the 3Rs: Reconciliation, Rehabilitation and Reconstruction.

For a keen watcher, the Scheme has never strayed from its core mandate since inception. Undoubtedly, it has continued to remain so extremely relevant that the nation cannot in anyway do without it. This is true for any discerning and right thinking citizen of the country. NYSC is not only a popular acronym, but also a household name in Nigeria. In fact, without any fear of contradiction, one can safely say ‘no NYSC, no Nigeria.’

There is no military conscription in Nigeria, but, from 1973, graduates of Universities and later Polytechnics are mandatorily required to take part in the one-year National Service so long as they meet the criteria for eligibility. The Scheme has produced millions of professionals, leaders, bureaucrats and technocrats – providing the much-needed manpower for the country. These are drawn from diverse social, religious and ethnic backgrounds.

When an elected public official recently toyed with the idea of instigating move to scrap the NYSC, the disapproving responses, coming from all segments of the Nigerian society, were as spontaneous as they were tumultuous. Indeed, the consensus rejection of his rather miscalculated move was really flabbergasting, heartwarming and mind soothing. The voices resonated and the message was clear: NYSC must stay!

Even the nation’s number one citizen, President Muhammadu Buhari, was recently quoted as saying he felt very strongly about NYSC. Addressing some Corps members, who paid him the Eid-el-Kabir homage at his country home in Daura, Katsina State, Buhari enthused:”Every time I meet with former Head of State, General Yakubu Gowon, I still commend him for initiating the NYSC.”

In further expressing his deep attachment to the Scheme, the President spoke glowingly about its impact, noting, amongst other things, that it broadened the horizon of citizens, opened up opportunities, enhanced appreciation of our cultural differences and, indeed, fostered unity and integration.

President Buhari urged the Corps members to make the most out of the opportunity of travelling around the country, especially in understanding different climates, cultures, languages and our views on life. “Some of you came from Port Harcourt, Lagos and Calabar and you can now feel the heat of Daura and how close it is to the desert,” he said.

The Sultan of Sokoto, Alhaji Sa’ad Abubakar, has also added his royal and blue-blooded voice to those of others in the growing Army of NYSC supporters. Speaking recently at his Palace in Sokoto, the legendary Seat of the Caliphate, when he received members of NYSC’s 2021 Batch ‘A’ Stream 2 posted to the State, the Sultan noted that the Scheme was established to foster unity and strengthen ties among Nigerians.

“The NYSC was set up in 1973 during the military regime of Yakubu Gowon in an effort to reconcile and rebuild the country after the civil war. I heard there are efforts to scrap the Scheme. I assure you that those behind that struggle do not mean well for this country,” he said.

According to him, the NYSC is the most needed programme in view of the present situation in which Nigeria is almost divided along ethnic and religious lines. He welcomed Corps members posted to the state, saying they would enjoy the peaceful atmosphere in Sokoto. Abubakar urged them to consider the state as their second home and explore the opportunities therein.

Advising the Corps members to respect the customs and traditions of their host communities, the monarch also urged them to be security conscious.
“I urge you to be security conscious. You know there are security challenges now all over the world. We have our own share. You should not keep late at night and if you have any challenges, contact our District Heads because they are like your fathers and guardians,” he added.

The NYSC Director-General, Brigadier General Shuaibu Ibrahim, has always been passionate about the success of the Scheme’s mandate. He recently stressed that the need for a strong, united Nigeria could not be overemphasized. “Sustaining one, indivisible, Nigeria is a great desire of all patriotic and peace loving citizens. United we stand, divided we fall. Nigeria will be formidable if we collectively forge ahead as one country, in spite of the diverse religious, ethnic, cultural and political affinities.

“The more we understand our differences and learn to live with them, the better for the unity, peace and socio-economic prosperity of a united Nigeria. Religion is one of the factors that strongly bind Nigeria, just like sports, politics, the economy and other related issues are keeping us together. We attach so much importance to issues of religion, culture and ethnicity. However, these differences should bind us more, rather than divide us.

“There is, therefore, the need for all Nigerians to be more accommodating of one another, irrespective of our differences. This means that, although we cannot do away with them, we should learn, appreciate and adapt to them, and live harmoniously,” Ibrahim said.

Providing the panacea for enhanced national unity, he called for more inter-tribal marriages, many of which have taken place as a result of the bonds created by the NYSC experience, adding that such would further build bridges across regions and religions. He also advocated social justice, equity and equality in the distribution of national resources while also calling on Nigerians to unite against corruption, drugs menace, rape, hate speech and other social vices.

Ibrahim added: “Nigeria needs to also come up with more programmes and policies that unite us, like the NYSC, introduced after the devastating civil war and still serving its purpose. There also should be no discrimination amongst the citizens, wherever they find themselves or choose to live. The issue of non-indigenes or the settlers’ syndrome should, therefore, be discarded. Nigerians should be more hospitable and receptive of one another irrespective of ethnic and other differences.” He stressed that sports, cultural and artistic events should be encouraged as veritable tools of promoting national unity.

Succinctly, the crux of all the foregoing submissions is that, NYSC is still very relevant in the Scheme of things in Nigeria. It has also remained a veritable and efficacious tool for national integration, peace, unity and socio-economic transformation.