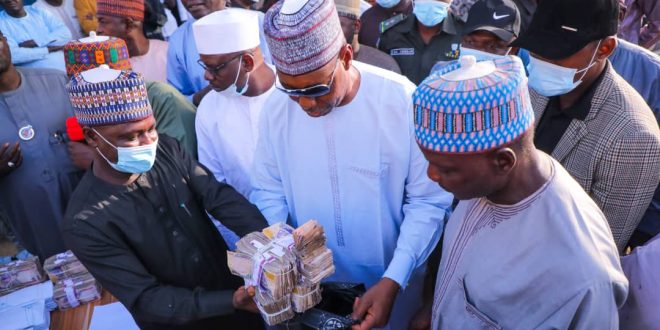 Governor Babagana Umara Zulum is currently in Gwoza local government area of southern Borno for humanitarian and developmental activities, which began on Friday. After passing the night in the town, Zulum on Saturday, shared N150m as soft loans and grants to small and medium scale traders. 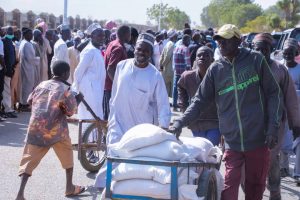 The Governor explained that, the loan/grant with refundable period of four years, is meant to resuscitate businesses and livelihoods destroyed by the Boko Haram insurgents in communities of Gwoza. 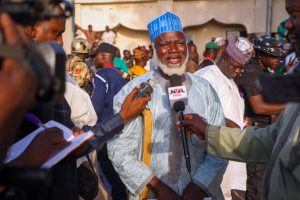 Zulum announced that any beneficiary that is able to repay 50% of his or her loans within record time, will enjoy waver of the balance of 50%, while those who deliberately fail to repay within the dateline will be made to repay 100% of what they received as loans and grants. 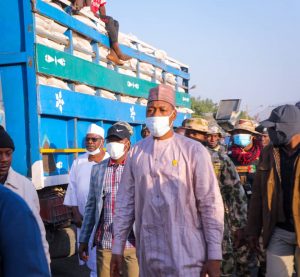 Before embarking on his trip, Zulum had deployed dozens of trailers loaded with varieties of food items to Gwoza, for which he is directly supervising distribution. 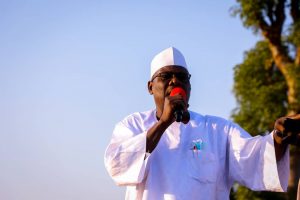 The facility is expected to increase access to public healthcare for villagers in Kawuri, one of the communities where internally displaced persons have been resettled in more than 500 newly built resettlement houses.