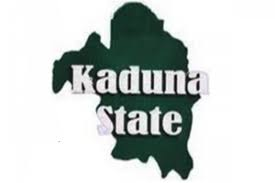 Worried by the high incidence of drugs and substance abuse and its harmful effects on the youths, as well as its potential security threat in Jaba Local Government and Kwoi in particular, the management of Emerald Deluxe Inn Limited has concluded plans to launch a pilot scheme to create awareness on the dangers of drug abuse and harmful substances.

According to the Management via a letter signed by the Chairman , Ambassador Bulus Lolo , the Hotel has been in operation in Kwoi as a corporate entity for a little over two years now and in the relatively short period of its operation, it noticed with dismay, the high incidence of drugs and substance abuse mostly by able bodied youths, male and female within the
community.

The management of the Hotel in a letter written to the Overseer, Jaba Local Government area with the title: INVITATION TO PARTNER IN THE FIGHT AGAINST DRUGS AND SUBSTANCE ABUSE IN JABA LOCAL GOVERNMENT stated, “Apart from the health hazards caused by the consumption of drugs and harmful substances, there is also the threat to peace and security. Besides, the consumption of these substances undermines the strength, capacity and productivity of the youths.

It further stated that the initiative ,which is part of its Corporate Social Responsibility (CSR) will be used to assess the needs and requirements to help rehabilitate the drug and substance users that may wish to be assisted.

The sensitisation programme slated to take place in Kwoi on Saturday, October 23, 2021 ,”Is to formally notify and at the same invite the Local Government to partner with our company in hosting the rally and subsequent activities related to the initiative to fight against drugs and substance abuse in Jaba Local Government.

Cognizant of the need for an enabling legal instrument to effectively deal with the menace of drug use and substance abuse, the management called on the Local Government to pass an Edict “to prohibit the consumption, possession and sale of hard drugs and other harmful substances within its area of jurisdiction”.

The forthcoming sensitization campaign will be the first of several other initiatives that Emerald Deluxe Inn Ltd intends to roll out to promote community development in the Local Government and its environs.