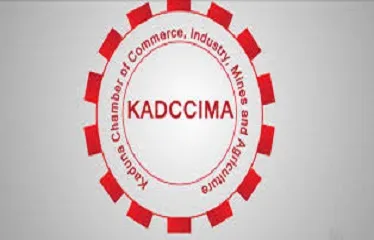 The Kaduna Chamber of Commerce, Industry, Mines and Agriculture (KADCCIMA) has at its 47th Annual General Meeting held on Saturday 13th November, 2021, elected new officers that will run the affairs of the Chamber for the next two years. Those elected are: Alh. Suleiman Aliyu as President while Hon. Ishaya Idi and Alh. Faruk Suleiman will serve as First and Second Deputy Presidents respectively.

In a statement Signed by Usman G. Saulawa, PhD, Director General of Kaduna Chamber Of Commerce made available to journalist revealed that

The Annual General Meeting was witnessed by the Permanent Secretary State Ministry of Business Innovation and Technology, Dr. Halliru Musa Soba who represented the Honourable Commissioner of Business Innovation and Technology. Other dignitaries at the meeting include ALH. Muhammad Isa Abbas Makaman Zazzau) who represented the Grand Patron of the Chamber and Emir of Zazzau, His Highness Amb. Ahmed Nuhu Bamalli, the Chamber’s Patron, Mal. Abidu Yazid, the Immidiate Past President who is the current Executive Chairman, Federal Character Commission, Dr. M. F. Dankaka and other important business personalities within and outside the Chamber.