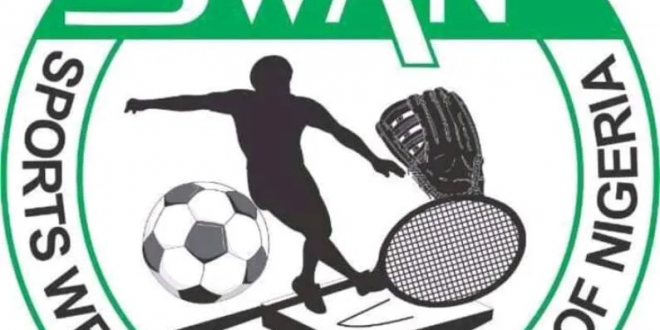 Kaduna State chapter of the Sports Writers Association of NIgeria (SWAN) now have new set of executive committee with Comrade Isaiah Kemje Benjamin and Okpani Jacob Onjewu Dickson re-elected as Chairman and Secretary for another term of three years.

The inauguration which was held on Sunday February 14, 2021 at the Ahmadu Bello Stadium, Kaduna under the electoral Chairmanship of Joseph Jide Bodunde attracted several dignitaries and key stakeholders from the sports sector in the State and supervised by the North West Vice President Malikawa Idris.

According to the electoral committee Chairman, “Following the successful screening of candidates into various positions of the Sports Writers Association of Nigeria (SWAN), Kaduna Chapter 2021 election, and without any objections, the candidates are hereby returned elected”.

Other members of the SWANECO which conducted the election were all the candidates were unopposed, were Nonye Juliet Ekwenugo (Secretary) and Ibrahim Dahiru Danfulani.

In his acceptance speech, Comrade Isaiah assured to as always run an all inclusive government while assuring that it will be robust of sporting activities in the next three years.

The oath of office was administered on the new executives by Barrister Abu Usman.