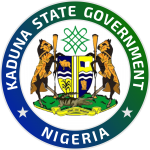 The Governor of Kaduna State, Malam Nasir El-Rufai, has approved the payment of end of year bonus to civil servants in the state.

In a statement Signed by Muyiwa Adekeye
Special Adviser to the Governor (Media and Communication) made available to news men revealed that.

A statement from Sir Kashim Ibrahim House explained that the end of year bonus is part of the state government’s efforts to boost morale and enhance the welfare of civil servants.

In September 2019, the Kaduna State Government became the first government, national or subnational, to pay the new national minimum wage. The state also increased the minimum pension to N30,000 monthly for retirees on defined