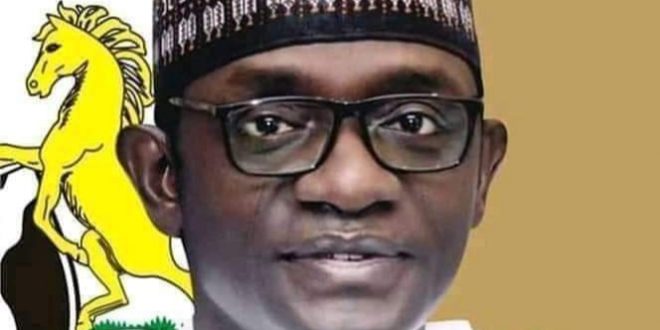 This paragraph trailed the headline news in several outlets last weekend: “The Negotiator between the Federal Government and attackers of Abuja-Kaduna train victims, Malam Tukur Mamu, on Monday (July 11, 2022) evening, revealed that the Yobe State government played a crucial role in the release of its citizens who were among the 51 victims held in captivity.”

Mamu said in his widely quoted statement on the matter that the Yobe State governor, Mai Mala Buni, took action to ensure that seven Yobe State indigenes who were among the over 50 people kidnapped by the train attackers, were released unharmed on Saturday, July 11, 2022.

This resolve by the Yobe State Governor to ensure that Yobe people in difficult situtions get relief and their problems solved, was just the latest one. He has a long record of being kind and considerate as a private business man. The trait intensified when he became an elected councilor for Buni Ward of his Gujba Local Government Area. In recognition of his qualities, his colleagues chose him as their speaker.

His political ascendency and success in life generally are dotted with positive testimonials of his tendency to rescue people from difficult situations. He sometimes does so by offering thoughtful ideas and practical solutions, and where desirable, by synergising with institutions and individuals in his vast network of goodwill.

One of his numerous actions that was as touching as his intervention on the kidanapped seven, related to the welfare of orphans at the Yetim Care Foundation Orphanage, Damaturu. While visiting the Orphanage, the governor said orphans deserve special care, attention and real help to enable them grow into examplary members of the society. He demonstrated that by deeds.

Amidst jubilant orphans, the Governor announced to their delight that the running cost of the orphanage in the sum of N500,000 monthly paid by the state government has been doubled to one million Naira. Additionally, he said that the state government would build an additional student hostel and classroom for their accommodation and learning.

He emphasised, “Orphans are our children who we must train, and to whom we should provide a sense of belonging. It is a collective responsibility. We will all one day answer the call of our Lord by returning to Him and that it is important we regularly engage in acts of charity and generosity.”

Another time Governor Buni rescued Yobe indigenes from a challenging situation was in July 2021 when flood killed five people and destroyed homes and farms in Jakusko and Girgir. He commiserated with families that lost their loved ones, assured the victims of government’s support and directed the Ministry of Health and the State Emergency Management Agency (SEMA), to cushion their hardships by providing emergency support to them. The Governor directed SEMA to compile a comprehensive report on the destructions and the assistance required.

It was on record that Mai Mala Buni was with the families of the victims of an accidental airstrike on Buhari village that led to the death of citizens of Yobe State. He took other steps to demosntrate his genuine commitment to the welbeing of the people of the state by vowing to work with the Nigerian Air Force to go to the root of the accident.

A statement by the Governor’s Director-General of Press Affairs, Mohammad Mamman said, “Government will work closely with the security forces especially the Nigeria Airforce to establish what actually happened. This is very important and necessary for us to guard against future occurance and to safeguard the lives of our people.

From the examples of the situations in which the Governor became a soothing shoulder for citizens in difficult situations to comfortably lean on, it is evident that he is a serial rescuer. Beyond rescuing citizens of Yobe State while in traumatic situation, his capacity to untangle problems and end distress was visibly demonstrated when he rescued the ruling All Progressives Congress (APC) from its internal crisis in his role as Chairman of its Caretaker Committee.