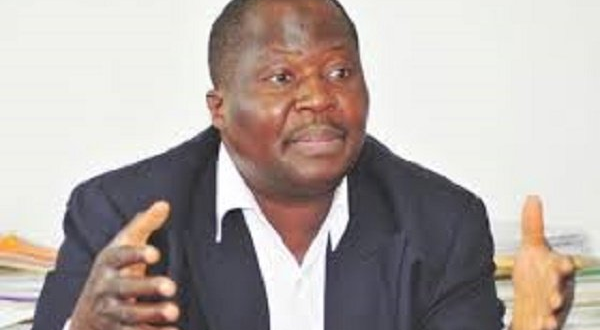 A business morguled in Nigeria Alhaji Shu’aibu Idris Miqati commend the government of Mallam Nasiru elrufai for taking a bold step to trim down the number of political appointees in his government as requested by Labour.

In a statement Signed by Shuaibu Idris Miqati mni, and made available to journalist revealed that

That the “Information we received recently indicated that the Governor has announced the disengagement of over 20 Political Appointees from the government, and is a step in the right direction”. Miqati narrated in a statement.

“To my mind this is a step in the right direction and its timely and welcomed. Often times, one should pray to have good advisers by the side and also pray to be given the wisdom to see reasons to accept advice when and wherever given even if its comes from an enemy!

With this Alhaji Shu’aibu Miqati said May I seize this opportunity to once again draw the attention of His Excellency the Governor of our great State to please see reasons to pay the entitlement of all workers that were disengaged by the government.

The gesture will go long a way to help the suffering that the citizens who have lost their means of livelihood and require some funds to start life elsewhere.

” No doubts that there is the need to right size the service but such action should be done with some level of human feelings”, Miqati revealed.

” I also wish to crave the indulgence of His Excellency to endeavour to follow due process to the later and to abide by the Civil Service Rules and Regulations as regards procedures for declaration of redundancy, early retirement, termination and other forms of separation as provided by the subsisting law. Such compliance particularly if done in transparent manner would assure all concerns that justice, equity and fairness are observed and adhered too so that Labour would have no basis for declaration of Industrial Action”.

Alhaji Miqati, also advices the members of Labour Unions, by saying “I crave your indulgence for restraints, cooperation and increased understanding so that all the issues tabled are resolved amicably and to the satisfaction of all concerned”.

Accorsing to the Miqati, said Labour would have to learn and accept the hard fact of the need to right size the workforce of the state.

While not speaking for His Excellency, i most sincerely believe that he has no ulterior motives in the right sizing exercises he has embarked on.

Indeed it’s always painful to have to approve disengagement of staff,No member of a team would drive joy to see people being sent to their homes.

Miqati, comes with an explanation that Productivity of workers have declined over the years, Technology has made several positions no longer relevant, Skills and competencies of staff has declined.

These are facts that Labour should be aware of so as to see reasons behind the wisdom in having to take the painful decision of disengagement of staff.

“Labour leaders should endeavour to be fair and reasonable so to allow peace to rein”.

We have no other place to call our State other than Kaduna. We should thus join hands together to build a virile, sustainable and progressive state for our collective good”.

” we thank the Federal Government for its timely intervention, In particular we are grateful to H E Dr Chris Ngige Honourable Minister of Labour for his untiring efforts to see to it that peace and normalcy return to our state”. Miqati said.

To the citizens of the state, I call on all of us to continue to be law abiding, security conscious and above all help the security agencies with information so as to enable them do their duty of protecting our lives and properties”, according to Miqati revelation.