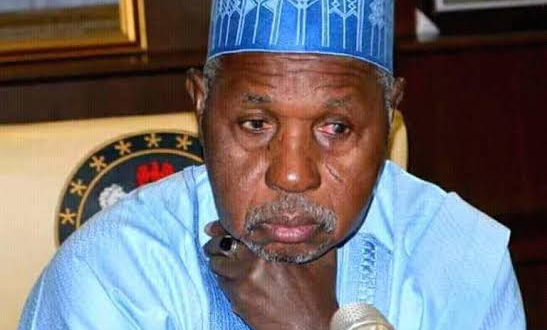 The attention of Katsina State government has been drawn to a press statement issued by the Nigeria Union of Journalists (NUJ), FCT Council in which it accused Governor Aminu Bello Masari of ordering the arrest of one Nelson Omonu, who works for Summit Post Newspaper.

The statement, which was issued today, and jointly signed by Comrade Emmanuel Ogbeche and Ochiaka Ugwu, Chairman and Secretary of the Council, respectively, alleged that Nelson Omonu “was whisked away in a commando style by security operatives believed to be working on the orders of Katsina State Governor Bello Masari”.

As bad as the allegation is, the FCT NUJ went on to make degrading remarks about the security challenges bedeviling the state, as if Katsina is the only state facing the menace of banditry.
For the avoidance of doubt, and the purpose of putting the record straight, Governor MASARI, or, for that matter, any official of Katsina State government, has NOT ordered for the arrest or detention of any journalist, in Abuja or anywhere else.

Journalists working in Katsina State, and even a number of the working on other parts of the country, notably the FCT will without prompting attest to the fact that Governor Masari is one of the most media friendly public officials in Nigeria.

In our view, this reckless press statement by the leadership of FCT Council of the NUJ has exposed the bankruptcy of of journalistic ethics among some members of the Fourth Estate of the Realm in the country. And the FCT Council is supposed to lead the rest of the councils across the nation.

It’s also our belief that we may not be wrong to suspect a hatchet job executed for a handsome reward, paid by a shadowy puppeteer who pulls the strings behind the scene.

We cannot teach members of the FCT NUJ council how to go about keeping the wolves away from their door, but they would do well, VERY, as a matter of fact, to make sure of their fact before rushing to put pen on paper, making laughable allegations in obeisance to their paymasters. Such actions, which have nothing to do with purity of purpose, have a way they easily boomerang.