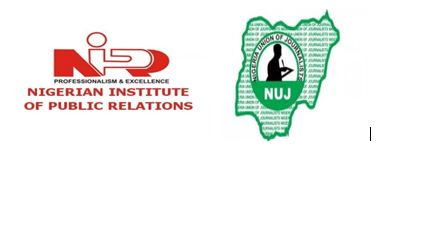 NUJ To Partner NIPR On Summit Of Integration Peace And Security

The Nigeria Institute of Public Relations (NIPR), Kaduna State Chapter, is partnering with the Nigeria Union of Journalists (NUJ ) to promote its forthcoming summit on integration, peace and security in the country.
The state NIPR Chairman, Haruna Malami made this known when he led a delegation of executive members and the state consultative forum on a courtesy visit to the NUJ in Kaduna.
He said the summit on integration, peace and security will hold on Sept. 29 in Kaduna.
“It is in recognition of the very important role journalists play as the Fourth Estate of the Realm that we came to solicit for support and partnership,” he said.
Malami said the intention was to mobilize all relevant stakeholders for a successful summit, which is aimed at building trust and promoting mutual respect among Nigerians.
He said the consultative forum was set up to harvest inputs from critical stakeholders.
“The summit is in line with the statutory function and social responsibility of the institute to build, foster and sustain relationships among stakeholders,” he said.
Malami added that the summit was meant to activate a credible and robust process for national integration, building trust and relationships while promoting mutual respect among Nigerians.
Responding, the state NUJ Chairman, Alhaji Adamu Yusuf assured the NIPR of maximum cooperation and partnership during the summit.
He commended them for the visit,  saying that NUJ and NIPR are partners in progress.
“Our core duty is to educate and enlighten the general public on happenings in the country for peaceful coexistence and socio economic development of the country.
Share