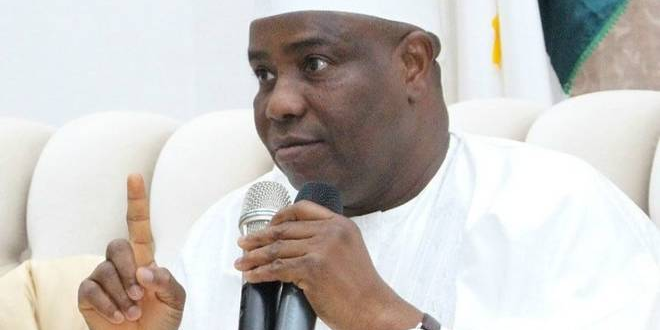 ON THE OUTRAGE OVER GOVERNOR MATAWALLE’S WRITE-UP

The recent write-up by His Excellency, Governor Bello Matawalle, has generated a negative response from a section of self-appointed pundits, whose stock in trade is more often than not diatribe. As a Nigerian and one of the leaders of the North, Governor Matawalle felt he could not simply sit on the fence while a few ethnic and sectional bigots are slowly destroying the very fabric of our collective existence as a nation.

In a statement Signed by YUSUF IDRIS GUSAU Director General, Media Public Enlightenment and Communications, made available to journalist revealed that.

In the much-publicized write-up, the Governor made it clear that the country’s unity was more than any other time in our recent tumultuous journey as a nation is in great peril. Perhaps, there was no other time in Nigeria’s history when supposed leaders openly support maiming, killings, and destruction of fellow citizens’ property, as we witnessed in recent time.

Perhaps, what drew the ire of the self-appointed pundits is the Governor’s statement that no section of the country has a monopoly of violence. But that is a brutal fact that should sink into the mind of everyone.

If the leaders of the North have responded in equal measure by making unguarded utterances to inflame the situation, Nigeria would have been in a severe conflagration by now. The truth is always bitter, but we must always have the courage to say it.

Whosoever knows Governor Matawalle knows that he is a man with a big heart, a big heart that could accommodate everyone irrespective of tribe, religion or social background. Quite a number of his political associates and friends come from the southern part of the country. In his calling as a politician and a businessman over the years, he has built a formidable relationship with Nigerians of all backgrounds.

It pains him to see that the Nigeria he so much loves and has dedicated most of his political career is being pushed into abysmal destruction by forces of bigotry.

Northern leaders have been too quiet to a fault in the way they always stop the youth from returning fire for fire.  This is mainly due to their broader worldview and pollical shrewdness. Leaders of the South should borrow a leaf from the leaders of the North by promoting the unity of Nigeria and the sanctity of all human life to the southern youths.

It is my belief that some of those who are condemning the Governor’s write up did not thoroughly read its content.

The Governor did not in any way condemn any section of the country. The import of his statements is to reawaken our sense of patriotism and nation-building.

Even from the introduction, Governor Matawalle made his intentions clear as I quote, “Current happenings in the country have made it imperative for me as a political leader and a proud Northerner to issue this important statement.

This is not the time to play politics or to play to the gallery but to tell ourselves the real truth for Nigeria to prosper as a nation and to prevent the situation of anarchy some disgruntled, unpatriotic Nigerians want to drag the nation to.

Considering the manner we play politics in Nigeria, politics without conscience, the public may expect such a statement from a governor or a leader of the APC. However, I chose to make the following statement as a proud and a bonafide member of the opposition PDP for the sake of our nation, for peace to reign and in the overall interest of the North.”

However, the Governor made a categorical statement by saying…”So much is happening to the North and Northerners.

Today, their lives, dignity and possessions are being threatened by the unfriendly South even as we try as Northern leaders to always calm the situation and to protect the interest, businesses and dignity of all southerners living in the North….” which he empathetically calls for the Southerners especially leaders of the region to be up and doing in providing equal rights and protection to all citizens in their region as the case in the entire North.

Governor Matawalle went ahead to give examples of the recent attitudes of some unfriendly Southerners “We have seen the destruction, the killings and the devastation recently at Sasha Market against Northerners and their economic interests.

Properties worth billions of Naira were lost in addition to human lives, yet some leaders in the South West are downplaying the atrocities committed or, at best, justifying it. Some of them have shamefully gone to the extent of apportioning blames on the victims and casualties of their aggression.

Last Sunday’s killings of innocent Northerners in Imo is one too many, and no matter how we love peace, leaders with conscience and fear of God MUST speak out against this continued barbarism and hatred. If that is allowed to continue, we will not take that any longer as NO human life is better than another. No business interest is better than another.

In fact, in a crisis situation, the South has more to lose in terms of its business interests in the North and the strategic nature they established themselves in the North than Northerners living in the South.

The North is very much aware of such weaknesses and disadvantages the South is exposed to whenever there is such crisis, but we always chose the path of peace and cherish peace beyond any act of lawlessness and hatred.” So, how can cautioning or calling for a stop to the canage against the innocent people undertaking their legitimate businesses, be regarded as a sin?

The Shattiman Sakkwato also condemned the attitudes of some unpatriotic citizens that resorted to making direct abuse, using words that should not be directed to even condemned criminals, let alone a towering personality and a worldwide respected leader like Muhammadu Buhari, at Abuja House in London.

He states,  “Sadly, we all can identify the thugs, the instigators of such xenophobic attacks. They are very much known and visible in spreading their messages of hatred, incitement and provocation.

Unfortunately, they and their leaders have continued to blackmail the federal government while government seems to be succumbing to such acts of blackmail, allowing them to live like kings and even bluntly refusing legitimate invitation by the Police. Nigeria is ONE.

Whoever doesn’t want to believe in the current constitution, which is so far the legal and legitimate instrument binding us together as a single indivisible nation, should have a rethink. Our diversity should be a source of our strength rather than weakness.

Diverse nations have the propensity to excel in various facets of human life if the diversity is adequately harnessed to achieve the desired end, such as we have seen in countries like India and China.

This is what the political leaderships of all sections of the country should direct their energy to, rather than promoting centrifugal sentiments.”

As a leader with a penchant for discipline, the Governor condemned in strongest terms the diatribe on President Muhammadu Buhari by some misguided protesters who were sponsored and assembled at the Abuja House in London, United Kingdom. The manner of the protest has only succeeded in projecting a bad image of our country. As Africans, liberal democracy can not take away from us our age-old respect for our leaders and elders.

We have transcendent values that we must uphold under whatever circumstances and reasons, and these include dignifying our leaders.

I urge everyone, especially those who are quick to respond angrily, to read Governor Bello Matawalle’s letter in its entirety and grasp the full import of its message. We should always consider issues from a broader perspective, rather than through the narrow lens of ethnic or regional sentiments.